Lawmakers blasted "cheap and reckless" comments from Metro Board members and focused much of their criticism on Board Chair Jack Evans during a tough Capitol Hill hearing.
Listen now to WTOP News WTOP.com | Alexa | Google Home | WTOP App | 103.5 FM

WASHINGTON — Everyone loves General Manager Paul Wiedefeld. Everyone hates the Metro Board. And D.C. Council member and Metro Board Chair Jack Evans has many lawmakers fired up against him.

Those are among the take-aways from a House Oversight and Government Reform Committee hearing Friday.

Rep. Gerry Connolly, D-Va., went after Evans for “destructive” comments threatening line shutdowns and an effort to kill the Silver Line to Dulles and Loudoun County.

“Your comments and those of Mr. Price were cheap and reckless and have huge implications on my side of the river you don’t want. At least you say you don’t want,” Connolly said to Evans.

“Loose talk about closing large sections of the system continued to contribute to the loss of consumer confidence and ridership confidence,” Connolly added.

Evans responded: “What I’ve tried to do in the last year is to raise the awareness of the region. All of these statements, which were inflammatory at the time, actually proved out to be what Metro needs, and, I have to say Mr. Congressman: we’re not even close to fixing this thing.”

Evans acknowledged that he and the other 15 members of the Metro Board members often simply stand up for their own jurisdiction’s interests rather than the interests of the region.

“We need to blow up the compact,” Rep. Barbara Comstock, R-Va., suggested, referring to the document that established Metro and governance policies.

“What their suggestion is, is that the federal government, Congress, withdraw its support of the Metro compact. If they were to do that, the compact then collapses, and all the jurisdictions are out and you have to start over again,” Evans said.

Rep. John Delaney, D-Md., said the current governance system has failed, but that there is no pressure from anything like bankruptcy to actually force a change.

Any change would need to be agreed to by D.C., Maryland, Virginia and the federal government, which has made changes difficult if not impossible in the past despite repeated recommendations for changes.

“Lamentations about performance will not solve Metro’s problems if we continue to ignore the dysfunctionality of the Metro Board, the culture of indifference that pervades the workforce and the absence of stable revenue,” Connolly said.

The second vice president of Metro’s largest union testified at the hearing that the safety culture has yet to change despite years of promises.

Amalgamated Transit Union Local 689 is in contract negotiations with Metro, and Raymond Jackson said the agency’s “slash and burn” approach of proposed fare hikes, service cuts and job cuts could lead to the death of the system.

Jackson said at times workers are overloaded with more work than they can possibly do, which he said had led to falsified inspection reports like those revealed Thursday connected to a derailment this summer.

The committee gave him 30 days to offer specific examples of pressure from supervisors and a four-point plan for improvements.

Comstock also questioned why a bus driver can make more than $100,000 or a rail controller — before changes were made — could make more than $200,000 per year. She also expressed concerns, as she held up a WTOP article from earlier this year, that the union was not focused on safety.

Wiedefeld cited progress on safety issues like a midlevel manager who raised the issue that Metro had never once conducted mandatory safety testing on its 4000 Series cars, and an increase in speed restrictions across the system, but said there is still a long way to go.

“There has been a culture here over decades that has evolved, and I’m not going to turn it around in months,” Wiedefeld said.

“It’s because of this deterioration that Metrorail’s daily passengers have not received the safe, reliable service they should expect,” Welbes said. “Recently, FTA has observed important steps by WMATA leadership prioritizing safety over revenue service, but establishing and ensuring an enduring safety culture remains a critical task.”

The National Transportation Safety Board still believes temporary safety oversight of Metro should be handled by the Federal Railroad Administration rather than the Federal Transit Administration due to tighter rules and increased enforcement ability, but that change would require an act of Congress.

Welbes reluctantly admitted to Meadows that the FTA is partly to blame for the July derailment that followed years of neglect, skipped inspections and falsified records, but said the FTA is providing more federal oversight for Metro than there has ever been.

“We have derailments and injuries that are happening on a regular basis … and you’re not fixing it. How many more people have to die before we get you to act in an appropriate manner?” Meadows asked.

Welbes pointed to the series of safety directives and ongoing track inspections the FTA is conducting to push Metro in the right direction.

Outgoing Rep. John Mica, R-Fla., who was chairing his final hearing in Congress, noted riders have heard the promises of safety improvements before.

“Early in January 2015, the previous chairman of the Metro Board praised the outgoing manager for rebuilding the safety culture from top to bottom after years of rebuilding under the $5 billion MetroForward capital plan, that was his pronouncement. Four days later, unfortunately, the L’Enfant Plaza incident happened, [in] which we had a loss of life and injured 91 people,” Mica said.

Wiedefeld said the police investigation into the falsified inspection reports before July’s derailment is ongoing. He told reporters Thursday that there could be an update later this month. 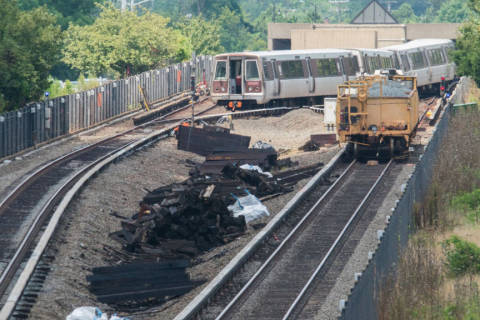 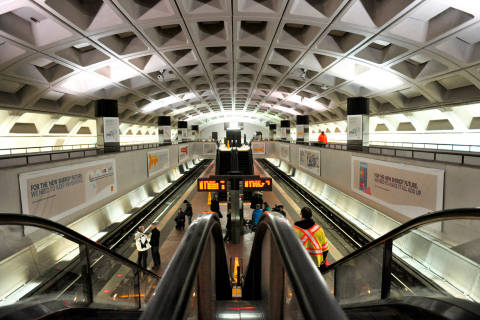