WASHINGTON — The unions representing thousands of Metro workers say that starting next week, they will ensure that all of their members will actually follow all of Metro’s standard operating procedures, in part because workers do not always feel safe on the tracks.

In a statement announcing what the unions call a “Safety Solidarity Surge,” Amalgamated Transit Union Local 689 said shop stewards and more senior union leaders from their union, OPEIU Local 2, and Teamsters Local 922, will gather Monday in Forestville, Maryland, for “refresher training on all of the SOPs that Metro requires of its workforce.”

“Then those officers will be going throughout the system to instruct the workforce on making sure they follow every procedure without exception,” the release said.

It is not clear whether working to the rules in this manner would have any impact on service, or what that impact could be.

Local 689 is in contract negotiations with Metro. Their agreement expired early this summer. Negotiations are expected to last into next year, but could take longer.

At the Metro board of directors meeting Thursday, several union members said that they were being directed to do work that required violating some safety rules. Asked afterward for details, ATU Local 689 Vice President Raymond Jackson did not specify which rules were at issue.

There have been a number of safety incidents on Metro involving trains running red signals, speeding and even nearly running over federal safety inspectors last week. In other cases, people working on the tracks have not worn proper protective equipment.

“Whenever you have a large family, 13,000 [total Metro employees] like we do, you’re always going to have some bad seed in your family, but you can’t take what 1 percent do and blame the other 13,000,” Jackson said.

“Until we change the culture here, [we’re] going to keep having the same issues that [we’re] having,” he said.

He said General Manager Paul Wiedefeld appears to be making some positive changes, but members of his union — Metro’s largest — do not always feel safe on the tracks.

“Not all the time, no,” Jackson said. “Sometimes we’re put in situations where, in our professional opinion, that the tracks shouldn’t be released at that time.”

Wiedefeld flatly told reporters that there is no pressure to put unsafe tracks into service.

He noted the success of increased training and safety focus in increasing the recognition of track problems across the system over the last three months. While that has led to slower trips, and in some cases more single-tracking, he said it is a sign Metro is finally facing its significant issues.

Jackson said his safety concerns were more for workers than for riders.

“We would never release any tracks if we thought that it’d be a [danger] to the riders. … We’ll take the consequences for not releasing [the] tracks,” Jackson said.

A group of union members addressed the Metro board Thursday and brought up safety issues while also challenging Metro management’s decision to use outside consultants to review whether work is being done correctly and efficiently.

“Who could tell you better how to fix what we do, than we can? We do it every day,” Jackson said. “Rain, sleet, snow — if you recall in the summer we had 18 days that were above 90 degrees — and [those] guys worked 12-hour shifts five days a week on a minimum … who can tell these guys better than we can what we do?”

Wiedefeld has used outside consultants to attempt to get a full picture of where Metro stands. Separately, Metro relies heavily on contractors for key maintenance work, including in round-the-clock work zones. 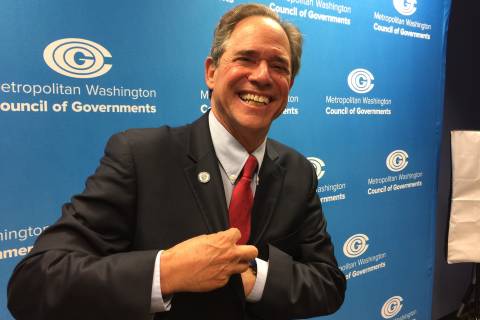 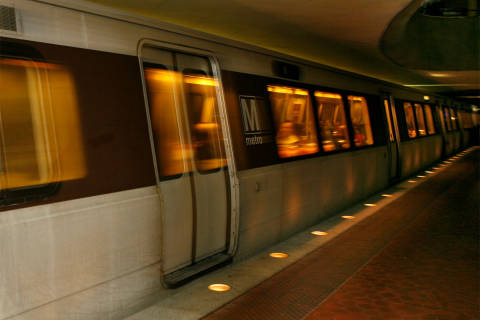