On Monday, humanity witnessed the beginning of another quantum leap in what a new space telescope could do in the form of an incredible image released via the White House.
Listen now to WTOP News WTOP.com | Alexa | Google Home | WTOP App | 103.5 FM

In the history of humanity, there have been profound moments when, in our quest to understand the universe, we made quantum leaps in our discoveries and resulting knowledge.

Our quest began when our ancient ancestors first looked at the star-studded night sky, and might have noticed that some moved.

Galileo, in 1609, turned his crude telescope to the sky and soon discovered the Moon had features like Earth, Jupiter had four “stars” that moved night-to-night and saw many, many more stars. He began the telescopic study of the universe that continues to this day.

As telescopes evolved, Edwin Hubble — who would have a space telescope named after him — and Milton Humason discovered in 1929 that our universe was expanding.

1990 saw a flawed optics Hubble Space Telescope placed in low-Earth orbit which, once repaired by astronauts, rewrote astronomy textbooks and changed our understanding of the cosmos for the next 30-plus years. HST is hoped to remain active for a few more years before its orbit ultimately decays.

On Monday, humanity witnessed the beginning of another quantum leap in what a new space telescope could do in the form of an incredible image released via the White House.

At a distance of 4.6 billion light years — which is how long the light took to travel to us — this amazing image of a massive cluster of galaxies called SMACS 0723 showed stars distinguished by bright spikes of light amid a sea of myriad galaxies of all shapes, descriptions and colors.

But even more amazingly, we saw numerous telltale arcs caused by gravitational lensing which were, in Albert Einstein’s General Relativity reality, galaxies formed a half-billion years or so after the Big Bang. Here, before our very eyes, was the deepest look into our universe’s past we have ever seen — to date.

There is much more to this image that speaks as to why we are entering the “Epoch of the James Webb Space Telescope” with its release. We are seeing SMACS 0723 and its gravitational lens better than we ever have before, and seeing galaxies that we have never seen before. Zoom in on this image and almost everywhere you look, there are galaxies.

The scientific information contained in this image will keep astronomers busy for quite a while — and this is only the beginning. This image was obtained over 12.5 hours and offers us a glimpse of what we can see with relative ease using JWST. Wait until astronomers and engineers push the telescope to its actual limits.

That will be when we will most likely be scratching our heads trying to figure out what the universe is trying to tell us. It happened with HST and it will be even more so with JWST.

The rollout of the remaining images on July 12 was a succession of jaw-dropping beauty and detail we have never seen before in familiar astronomical objects.

In the Southern Ring Nebula, we saw what our own solar system will look like in five billion years when our Sun runs out of fuel and dies. It will leave behind a planetary nebula with a white dwarf star illuminating all of the chemical elements our Sun created during its 10 billion-year lifetime that will enrich the interstellar medium of our galaxy to produce new stars and planets.

The interacting galaxies of Stephan’s Quintet danced before our eyes in a cosmic ballet that mimics what our own Milky Way Galaxy and Andromeda Galaxy will perform when they begin to interact, and ultimately merge in about four billion years to form a new gigantic galaxy we are already calling Milkomeda.

Oh, the wonder and celestial splendor of the undulating shoreline of the Carina Nebula where stars are being formed and born. Our Sun and solar system evolved from such a cosmic womb and JWST will plumb the depths of these stellar nurseries to learn more about how stars and their solar systems form.

Finally, we saw the chemical fingerprint of the atmosphere of exoplanet WASP-69 b — a planet beyond our solar system — that contains water. JWST will be able to probe the composition of exoplanets as there are over 5,000 currently known with more being discovered all the time.

It is possible JWST will discover an exoplanet that meets the requirements for life as we know it. It might even find atmospheric indicators suggesting strong evidence for possible life. Our own planet’s atmosphere certainly would give pause to a JWST observer for what it found it contains — water, carbon dioxide, oxygen, methane, “smog” and more.

As we behold these images, we must remember that $10 billion dollars, 20,000 people worldwide and over 20 plus years of painstaking effort made them possible. Costly human errors in judgment and construction happened. Politics to the point where JWST was canceled by Congress and then resurrected by an active and vocal effort.

People have devoted their entire careers to JWST, and this is their moment of human triumph as the images of their machine come forth a million miles from Earth. It is worth noting what some of them had to say.

As Gregory L. Robinson, NASA, Science Mission Directorate, Program Director, James Webb Space Telescope, shared with me in an email: “I took over Program Management of JWST when my boss, Thomas Zurbuchen, asked me to take over Webb, and my initial reaction was, ‘No.’ I was really happy in my role as SMD Deputy Associate Administrator for Programs, so it took me a few weeks to get comfortable saying, ‘Yes.'”

He wrote that “one of the biggest challenges was establishing the most optimal organizational structure from the Administrator through me to the project manager at NASA Goddard, assuming full authority; and creating a culture of transparency within the Agency, at the White House and Congress.”

His biggest worry “was the sunshield deployment, which had more single point failures than any other single area on the telescope.”

His greatest moments were “seeing the solar array deploy on Christmas morning shortly after separation from the rocket, and completing all telescope deployments.”

He concluded his shared experiences by stating: “Leading this incredibly smart and resilient team over the goal line has been a tremendous honor.”

Charlie Atkinson, Northrop Grumman’s chief engineer for JWST who has worked on the project since March 1998, said: “The absolute lowest point for me was the troubled time frame of 2010-2012 when the House actually zeroed out our appropriation and said we were canceled. That was the lowest point, a horrible feeling. But we pulled the troops together and we are able to pull ourselves out of it. I breathed a sigh of relief — actually, one long exhale — until today while watching the launch, the solar array deploy, course corrections and 14 weeks of getting the sunshield deployed, the mirror alignment process, all of the adjustments getting done…..every day has been just that more relief. The team — the talent and dedication of the people working on JWST through hurricanes, earthquakes, snowstorms, COVID — they worked through it all.”

MOM Starr said that the criteria for JWST to be working properly as revealed in the very first test image was: “If we get one or two blobs (galaxies) it works. With all the stars and galaxies we saw we knew it worked!”

For more on JWST, at 9 p.m. eastern on July 13, NOVA PBS will be broadcasting “ULTIMATE SPACE TELESCOPE,” a one-hour documentary about JWST. I have seen the prerelease and I was very impressed, even though the released images have to be added on July 12. On a personal note, an image I took of the star used to begin the focusing of JWST will be in the documentary at about the 45-minute mark.

Our collective journey into the new view of the universe that JWST will give us has begun. Let’s enjoy the ride and the wonders that we will see. 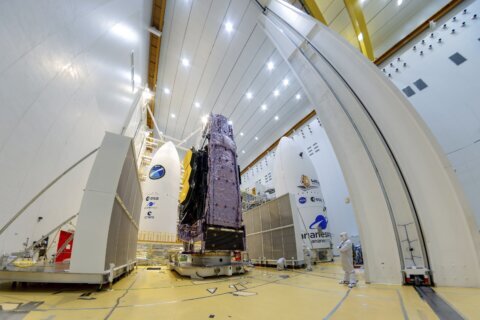 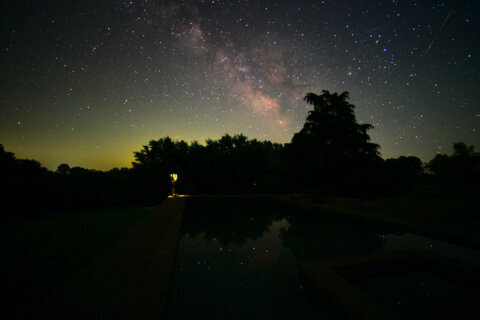