Side man: A chef’s advice on Thanksgiving’s background players

The sides are the real stars of the show on so-called Turkey Day, and Chef Todd Shepard from Amphora Catering shared some tips with WTOP about how to make the best accompaniments with the least stress.
Listen now to WTOP News WTOP.com | Alexa | Google Home | WTOP App | 103.5 FM

WASHINGTON — Let’s face it. As you think back to great and not-so-great Thanksgiving dinners of years past (that’s a normal thing, isn’t it?), do you ever really remember the turkey?

The sides are the real stars of the show on so-called Turkey Day, and Chef Todd Sheppeard from Amphora Catering shared some tips with WTOP about how to make the best accompaniments with the least stress. 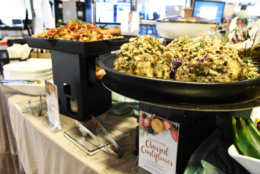 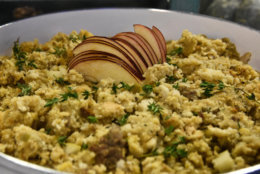 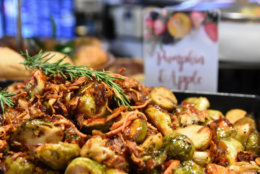 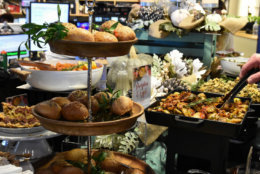 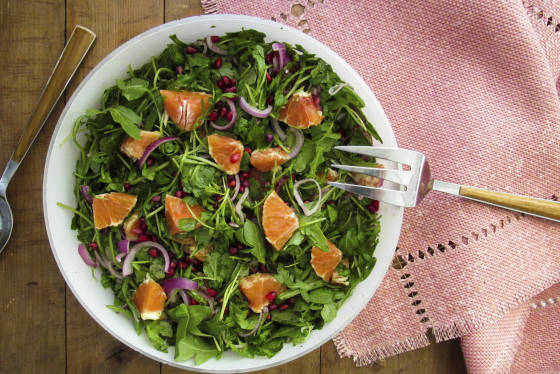 Stumped on sides? From stuffing to cranberry sauce, here are some great Thanksgiving recipes.

Start with the basics, Sheppeard said: Green beans, mashed potatoes and gravy are “the main things you have to have.”

After that, keep things easy, Sheppeard said, with cauliflower, broccoli and bell peppers good examples of “stuff that doesn’t need a lot of cooking time” or prep time — or, for that matter, space in your kitchen, which is likely to get its biggest workout of the year.

Stuffing takes the prize for the dish people stress out about way more than they should, Sheppeard said: “It’s really just adding a good stock to bread and seasoning. As long as you have a hodgepodge of ingredients in there, it’s good.”

Meanwhile, the new trend in Thanksgiving sides is spices, which can liven up what’s traditionally a pretty mild meal. Jams made with spices such as jalapeño or habanero peppers are a good addition, Sheppeard said, as well as Old Bay, which is popping up everywhere.

For all of the above, and even the turkey, Sheppeard said, the key is simply to “take your time and relax.”

And if you do want to get fancy, check out a proverbial boatload of recipes for Thanksgiving sides. 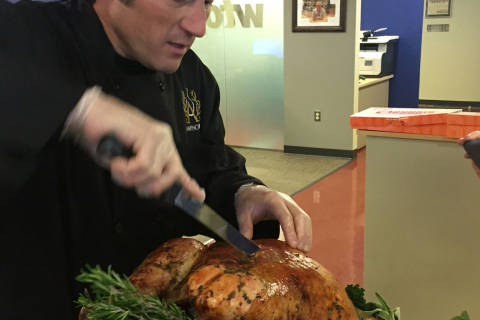 How to carve a 30-pound Thanksgiving turkey in under 5 mins. (Video)