Serena Williams lays groundwork for the next generation of tennis 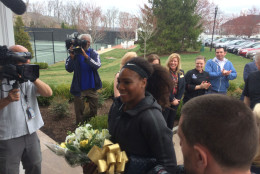 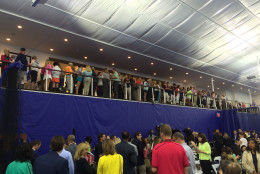 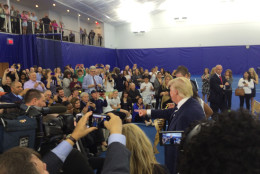 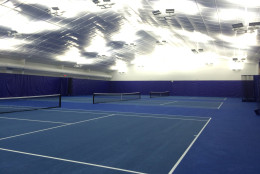 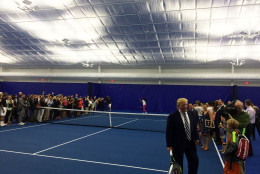 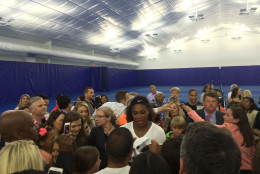 STERLING, Va. — On Tuesday, the unlikely duo of Donald Trump and Serena Williams cut the ribbon on the sparkling, state-of-the-art tennis facility at the country club carrying the former’s name. It was particularly interesting timing, given the news that came out of the local junior tennis circuit just 24 hours earlier.

The 17-year-old tennis prodigy from College Park, Maryland, won his first professional tournament last month as an amateur, but decided the time was right to make the leap. Just as interesting as the decision of when was Tiafoe’s decision to sign with Jay-Z’s Roc Nation agency.

While the budding agency has landed stars such as MLB’s Robinson Cano, the NFL’s Victor Cruz and the NBA’s Kevin Durant, it has never signed a tennis player before — until Tiafoe, whom it has been courting for nearly a full year.

Tiafoe is not simply the next young face in American tennis; he is perhaps its most promising hope for a top-10 player who can compete consistently at the highest level of the game. He is exactly the type of player people like Williams are hoping to find — by promoting facilities for the next generation, such as the one at Trump National Golf Club.

“I’ve been at a lot of tennis facilities, and this is the best one I’ve ever seen,” said Williams at the ribbon-cutting ceremony. “We have to prepare now for the next 10-20 years, so that’s good to see.”

While Trump was, as usual, the star of his own production, he was happy to defer some of the attention to the star whom those gathered were clearly there to see.

“You were the only one they wanted,” he exclaimed aloud to the crowd as Williams arrived, weaving through a human welcoming tunnel. “I had no choice!”

The Trump facility is the second one in the D.C. area that Williams has been involved in opening in the past calendar year. She and sister Venus presided over the unveiling of the Southeast Tennis and Learning Center (the indoor portion of which carries their name) last September.

Serena has also announced that she will rejoin her sister on the court by returning to the Washington Kastles this summer. Considering that they also have a sister who lives in the District, Venus and Serena — born in Michigan, raised in Los Angeles and Florida — have adopted D.C. as something of a second home.

Perhaps with their investment into the future of their sport here in the District, they can help find the next Frances Tiafoe.