A Virginia man has been arrested after a sheriff’s office says he fired a handgun from a hotel balcony in Stafford.
Listen now to WTOP News WTOP.com | Alexa | Google Home | WTOP App | 103.5 FM

STAFFORD, Va. (AP) — A Virginia man has been arrested after a sheriff’s office says he fired a handgun from a hotel balcony.

The Stafford County Sheriff’s Office said in a news release on Tuesday that deputies were sent to the hotel in Stafford after staff at the hotel reported that a guest had reported hearing gunshots around 2 a.m. on June 4.

Deputies reviewed surveillance video and witnessed a group of people on the hotel balcony at 1:57 a.m. who appeared to be taking photos while holding a handgun. They stopped taking pictures at around 2:10 a.m. when the suspect took the weapon and leaned against the railing outside the second-floor room. The suspect faces multiple charges. 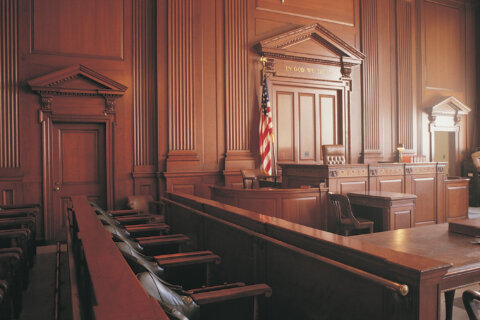