Stafford County's Board of Supervisors has voted to give itself the latitude to withhold school funding on two controversial topics.
Listen now to WTOP News WTOP.com | Alexa | Google Home | WTOP App | 103.5 FM

Stafford County’s Board of Supervisors has voted to withhold funding for school programs that would teach so-called “critical race theory,” as well as those that require a student to state their chosen pronouns.

The proposal, authored by Republican Supervisor Gary Snellings, gives the board the latitude to control funding of particular school programs, amid widespread controversy and social media-fueled misinformation about what students are being taught about systemic racism.

Snellings told the board he had fielded countless constituent questions about whether county schools were teaching critical race theory. In addition, Snellings was asked what the county’s preferred-pronoun policy was.

Nearby Loudoun County has been a center of discussion since May, when physical education teacher Tanner Cross told the school board the use of preferred gender pronouns for transgender students would be against his religion. Cross was suspended, then reinstated, after decisions by a circuit court judge and the Virginia Supreme Court.

Related: What is critical race theory?

Snellings said his proposal was based on a call from a constituent.

“I had one lady call me up, so upset because her son, who had just entered high school, was asked, ‘What’s your pronoun?’ He didn’t know what she was talking about. He felt bullied,” Snellings told the board members.

While opposing the mandatory nature declaration of a pronoun, Snellings suggested teachers were obliged to follow a student’s or parent’s request.

“If the student or the student’s parent goes to the teacher, and asks that a preferred pronoun be applied to them, or their child, fine. No problem. No problem at all. What this is, it can’t be required,” Snellings said.

Snellings, and other present board members, stated by controlling the funding of the school board, they wanted to make sure in-school programs and policies were in-line with community desires.

On the topic of critical race theory, or CRT, several board members said the contentious, often angry descriptions of what is being taught in local classrooms is inaccurate.

“Yes, CRT is a very complex issue. It is dealt with on the college, university and law school level. It is also very divisive,” said Supervisor Tom Coen, the only Independent on the panel.

While the phrase CRT is often bandied about, it has become a lightning rod after the publication of the 1619 Project — a long-form journalism project by the New York Times which “aims to reframe the country’s history by placing the consequences of slavery and the contributions of Black Americans at the very center of the United States’ national narrative.”

Coen said CRT and the 1619 Project are complicated, higher-learning theories — not facts — and he has seen no indication they are being taught in local schools.

“The higher levels haven’t figured out how they want to cover that, so it’s hard to think that a third-grade teacher, schoolteacher or a high school teacher can do that, if the colleges haven’t figured it out,” Coen said.

Stafford County Public Schools has said the system does not promote the philosophy of critical race theory in its schools, and says K-12 history and social science subjects are based on the Virginia Standards of Learning.

School Superintendent Stanley Jones had previously testified to the supervisors that critical race theory is not in the K-12 curriculum, and that residents could go to the History and Social Science page of the school system’s website to find out what’s being taught.

He added that “everyone across the country is struggling to find teachers, and … what is being done in Stafford County is going to make a difference when it comes to retention,” according to the board’s minutes.

“Now, let’s be clear,” Coen told WTOP. “There are certain things under the CRT umbrella that are taught, as part of curriculums in social studies classes, and government classes, and they are legitimate topics to be covered: Jim Crow laws, the Voting Act, Fourth Amendment and the policy created by Mayor Bloomberg on stop and frisk. Those things can be covered, and the teacher is not talking about CRT.” 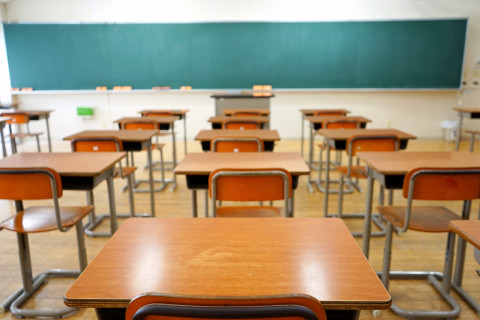 Flu suspected in hundreds of illnesses at Va. high school

1,000 students out of Stafford Co. school due to flu-like illness