Stafford County, Virginia, is looking to rename its stretch of Route 1 after a law enforcement member who died in the line of duty.
Listen now to WTOP News WTOP.com | Alexa | Google Home | WTOP App | 103.5 FM
(1/2) 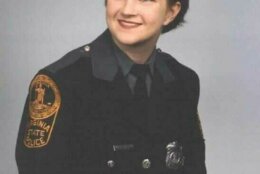 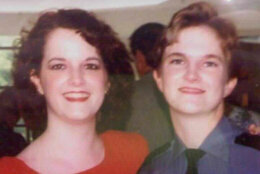 Stafford County, Virginia, is looking to rename its stretch of Route 1 after a law enforcement member who died in the line of duty.

Virginia State Trooper Jessica Cheney was hit and killed while on scene of a crash on Jan. 17, 1998.

Cheney was 23 years old and served as a state trooper for two years.

Board of Supervisors Chairwoman Crystal Vanuch told WTOP that the resolution, which will go before supervisors at their March 16 meeting, will seek approval from the Virginia State Police Superintendent to make the name change.

“It’s a great honor,” Cheney’s surviving older sister and only sibling, Romaine, told WTOP. “We all are honored that they would think of her.”

The Cheney family has deep roots in local law enforcement and public service. Jessica Cheney’s parents also worked for state police, and Romaine was a dispatcher for Henrico County Police at the time of her sister’s death.

Cheney herself also served as an EMT in both Spotsylvania and Hanover counties.

On the day of Jessica’s Cheney’s death, Romaine said her sister responded to the scene of a crash in front of the Cavalier Family Skating Center on Route 1, where she was directing traffic around a wrecker that was hauling a vehicle away. Then, a passing car rolled through the scene.

“Someone doing the normal speed limit and was not paying attention hit Jessica in excess of 60 miles an hour,” Romaine said. “We lost her that night. It was devastating.”

Romaine had to leave her dispatcher job after a year and half because of the stress from the loss, calling Jessica her “lifelong best friend.”

But Jessica’s impact was far reaching in her community.

Shortly after Jessica’s death, Romaine said a woman wrote to tell the family that she once helped at the scene of another crash.

The woman was passed out behind the wheel and was suffering from a diabetic event, saying Trooper Cheney recognized her condition and was able to get to her to the hospital.

Romaine Cheney said she still runs into people who tell her that her late sister did something to help them those many years ago and hopes the name change will serve as a reminder of those who serve.

“I hope the community sees that some of them [law enforcement] went above and beyond — not because they had to, but because they wanted to,” she said.

Virginia’s General Assembly recently approved a bill that strips the name of Jefferson Davis from Route 1 up and down the commonwealth.

The legislation leaves it to localities to rename their own portions and petition the commonwealth for approval.

If no replacement is selected, the default name to be installed will be Emancipation Highway.