OKLAHOMA CITY (AP) — Jocelyn Alo had options — the kind that have eluded women’s softball players in the past.

Oklahoma’s record-setting slugger was drafted by Athletes Unlimited, which is headed into its third season, as well as the new Women’s Professional Fastpitch League, led by its commissioner and former Oklahoma star Lauren Chamberlain. The leagues will overlap this summer, forcing Alo to choose.

The all-time NCAA Division I home-run leader (122) and the Most Outstanding Player of the 2022 Women’s College World Series said Monday she’ll play for the WPF’s Smash It Sports Vipers. Alo will debut next week on what the league said was a multi-year deal.

“We are thrilled to have Jocelyn in WPF,” Chamberlain said. “We want to create a culture that lifts women up and rewards them for their greatness.”

Alo likes the fact that there was a choice at all. She said she’s encouraged by the work that both leagues have put in and sees it as a promising aspect of the sport’s overall growth.

“I’m excited to see how good it’s going to get from here because of the college game and how much people want to watch it and stuff like that,” said Alo, who is also a two-time USA Softball Collegiate Player of the Year. “I’m excited for players who want to continue to play that they’ll have the opportunity and even little girls in the stands will now say, like, ‘Oh, now I can become a professional softball player.’

“I think it’s going in a really good direction.”

That direction seems to be up. On-site attendance at the Women’s College World Series in Oklahoma City set numerous records, including the 12,533 people who came to the June 4 session and the average of 12,250 spectators per session.

The championship series averaged 1.6 million viewers on ESPN — down slightly from the record-setting 1.84 million in 2021. Plus, for the first time, two World Series games were shown on ABC in addition to the usual ESPN coverage.

“I never thought in a million years I would be seeing what is going on right now. It’s been fabulous,” Oklahoma coach Patty Gasso said. “It is great for our game.”

“Jocelyn is the epitome of the modern female athlete,” Chamberlain said. “The attention that she’s garnered is all deserved, and to see the world respond in a craze to a woman dominating her sport should be normalized. This is another big step for our sport and for women as a whole.”

The WPF started up in conjunction with USA Softball, the USSSA and Smash It Sports. The league will begin exhibition play Tuesday between its two teams, the USSSA Pride and the Vipers. They will travel throughout the United States, with the season concluding Aug. 6.

The goal is to use the exhibition-style summer slate to gain more information to decide how to proceed after this year.

For years, softball as a game built to a crescendo at the World Series, only to see the sport fall out of the spotlight and leave fans wanting more.

Athletes Unlimited first stepped into the void. In 2020, the organization started its first softball season, and Cat Osterman was the individual champion. Last year, the league signed World Series star Odicci Alexander — the breakout Black star from underdog James Madison. After the season, the league signed players to its first two-year deals.

But there was a gap between the end of the College World Series and the start of the Athletes Unlimited season.

This year, there’s an additional two-week Athletes Unlimited season, AUX, starting Monday at San Diego State. There are three teams and 42 players who compete for an individual title. Among the competitors are Aleshia Ocasio — last year’s Athletes Unlimited Champion — and Georgina Corrick, a rookie who was a USA Softball Collegiate Player of the Year finalist at South Florida this past season.

“That’s really going to be the perfect thing to satisfy the excitement that is whipped up by the Women’s College World Series,” she said.

After AUX, the third Athletes Unlimited championship season will run from July 29 to Aug. 28, returning to the Chicago area at the Parkway Bank Sports Complex in Rosemont, Ill.

In the U.S.’ gold-medal Olympic loss to Japan last year, the Japanese players — who compete in long-standing competitive leagues that put limits on the number of American participants — were better prepared for some of the tough moments, he said.

“That’s what we need the professional leagues to provide is that high-level performance opportunity to where when it’s tense and they’re put in those positions, that they become accustomed to it,” Cress said. “Then it becomes the norm, not the abnormal. And the more reps you can get, the better off you are. So I think that it also gives us the chance to look at players’ body of work, their makeup, what they do over a long period of time.”

Texas catcher Mary Iakopo, who also was drafted by both leagues this year and is on the Vipers, said the leagues give up-and-coming players a lot to look forward to.

“I think right now, I’m just grateful that we even have this opportunity, for those that came before us and those that are still doing it that we can learn from,” she said. “It’s just a really cool thing for our sport, and I can’t wait to see what it looks like 10 years from now.” 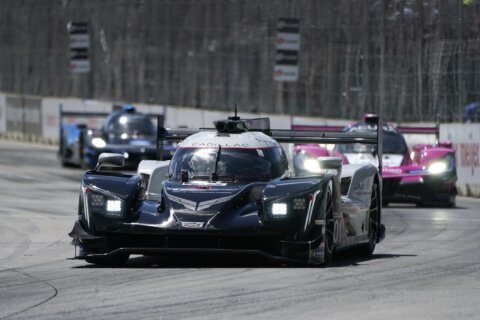