Ireland beats US by 9 runs in 2nd Twenty20 match

FT. LAUDERDALE, FL (AP) — Lorcan Tucker scored 84 runs from 54 deliveries to lead Ireland to a nine-run victory over the United States in the second Twenty20 cricket international on Thursday.

The U.S. upset Ireland with a 26-run win in the opening match, also at Broward County Stadium, on Wednesday.

Tucker, batting at No. 3 for only the second time, was named man of the series after top-scoring for Ireland in the first match with an unbeaten 57. Curtis Campher took four wickets for 25 runs to lead the Ireland bowlers.

“It was great to get an opportunity to bat that high in the order,” Tucker said in a statement from Cricket Ireland. “When it’s only 150 on the board and a ground with small enough boundaries, you want to take your chances and I think we did that really well in the field. We took wickets at key moments and closed the game out really well.”

Saurabh Netravalkar took three wickets for 33 runs for the U.S., which won the toss and sent Ireland in to bat.

The teams begin a three-match one-day international series on Sunday, also at Ft. Lauderdale. Ireland then travels to Kingston, Jamaica in January for three one-day games and a Twenty20 match against West Indies. 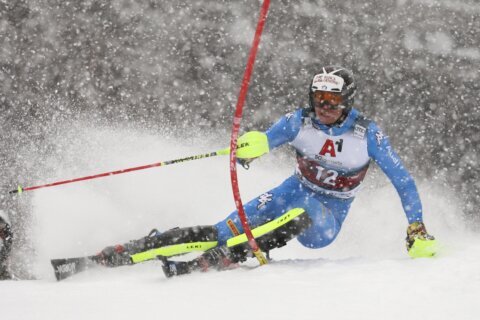