“My message to them right now would be start to compete with your teammate a little bit,” Brands said. “Not in an unhealthy way. But he is running away with the hardware, and he’s after more.”

Lee, a senior 125-pounder, has won three NCAA national titles, helping the Hawkeyes win the national championship last season. Lee is a back-to-back winner of the Dan Hodge Trophy as the top college wrestler, and he was a co-winner of the 2020 AAU’s Sullivan Award, given to the nation’s top amateur athlete.

“Spencer’s pretty hard on himself. He’s a perfectionist,” said Iowa 165-pounder Alex Marinelli. “He always moves on to the next thing. That’s what he’s preaching. It’s great, because you see people on our team take that accountability.”

Lee’s never-satisfied mindset has fueled him throughout his career.

“The most important person you compete against is yourself,” the native of Murrysville, Pennsylvania, said. “You’re trying to be a better version of yourself every time out.”

Lee is among 10 returning NCAA champions this season, a list that includes Olympic heavyweight champion Gable Steveson of Minnesota. Steveson shared the 2021 Hodge Trophy with Lee.

Penn State, the national runner-up last season and No. 2 behind Iowa in the preseason rankings, brings back four national champions. Also back is 165-pound champ Shane Griffith, who competed under the cloud of Stanford’s decision — since reversed — to drop its program and was named Most Outstanding Wrestler at nationals.

Missouri is wrestling as an affiliate member of the Big 12 and, at No. 3, is the highest ranked team in that conference. North Carolina State, Virginia Tech and North Carolina are best in the Atlantic Coast Conference, and Arizona State is the standard bearer for the Pac-12.

Ivy League powers Cornell and Princeton will return to the mat after their programs went dormant because of the league’s decision to not participate in sports during the pandemic.

Lee will try to become the fifth four-time champion in NCAA history. He enters the season with a 75-5 career record and on a 35-match winning streak.

Lee has proved to be a prolific scorer. He’s 37-1 in dual meets, providing 180 team points. He outscored opponents 141-15 while going 12-0 last season. Five of those wins were by pin, and he scored bonus points for the team in 11.

With the Hawkeyes ranked No. 1 and with 10 All-Americans returning, Brands wants Lee’s mindset to be copied by teammates.

“You know, it’s about thinking bigger,” Brands said. “Like, why not win two Sullivans and three Hodges? That’s not calling Spencer out. I think he’s thinking that way, and I know he’s thinking that way. I’m not singling him out, but that’s how you’ve got to think. And when you’re a predator, you don’t think about, ‘Oh, there’s a target on our back now.’ You’re still on the prowl.”

The Hawkeyes are favored to repeat as champions, but their schedule features some of the top teams in the nation. They get No. 2 Penn State and No. 8 Minnesota at home, and face No. 3 Oklahoma State on Feb. 12 at Globe Life Field in Arlington, Texas.

Iowa won the NCAA team championship by 16.5 points over Penn State, but Lee was the only individual champion for the Hawkeyes.

Lee won his national title last season by defeating Arizona State’s Brandon Courtney, 7-0, at the NCAA championships. Lee then said after the match that he wrestled despite tearing the ACL in his left knee in the Big Ten championships. That injury kept him out of the U.S. Olympic Trials.

Lee laughed when someone at Iowa’s media day asked him if he was healthy.

Lee’s Olympic hopes had to wait. But that meant just getting ready for what’s next.

“You’ve got dreams and goals,” Lee said. “And when dreams and goals get ripped away from you, what are you supposed to do? Lay down? This is what’s next. This season. You’ve got to move on and giddy-up pretty quick.” 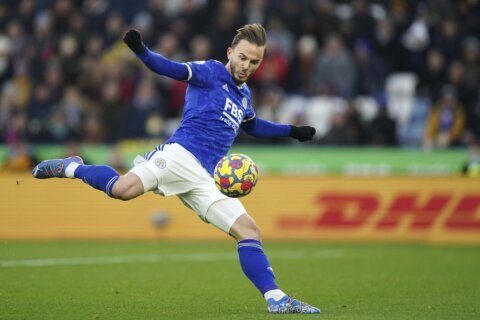 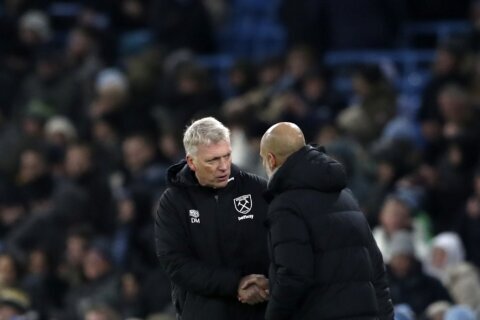