LONDON (AP) — Late goals by Timo Werner and Ben Chilwell sent Chelsea to the top of the Premier League after a 3-1 win over 10-man Southampton at Stamford Bridge on Saturday.

James Ward-Prowse scored an equalizer for Southampton from the penalty spot only to be sent off in the 77th minute for a late, lunging tackle on Jorginho. That opened the door for Werner and Chilwell to return the Blues to winning ways after back-to-back losses against Manchester City in the league and Juventus in the Champions League.

Manchester United’s 1-1 draw with Everton teed up the chance for Chelsea to climb to the summit and, after a testing and often tetchy game, Thomas Tuchel’s team obliged.

Ward-Prowse converted the spot kick to threaten Chelsea’s ambitions of moving into first place, only for Werner to turn in Cesar Azpilicueta’s first-time cross to spark celebrations of relief in the 85th minute.

Chilwell then atoned for conceding the penalty by lashing in the third in the 89th, moments after Romelu Lukaku and then Azpilicueta struck the same post.

Lukaku’s disallowed effort came when he slotted home neatly from Antonio Rudiger’s fine through ball, only to be pulled back for offside.

Werner’s chalked-off finish came after he nodded in from Callum Hudson-Odoi’s pinpoint cross. Referee Martin Atkinson ruled out the goal after viewing the pitchside monitors and judging Azpilicueta to have fouled Kyle Walker-Peters in the build-up.

Thomas Tuchel was then booked for his excessive touchline protests, and the Chelsea manager even ended up nose-to-nose with Atkinson as tempers threatened to boil over. 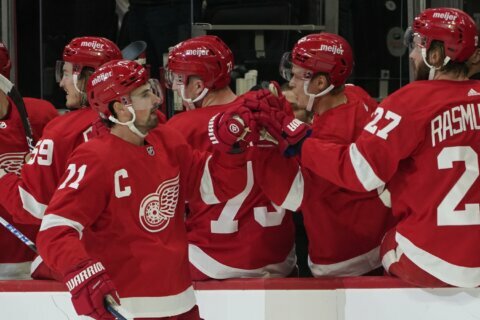