Guardiola says he could stay at Man City beyond 2023

MANCHESTER, England (AP) — Manchester City manager Pep Guardiola said Friday he could stay at the club for another “five years,” apparently backtracking on comments he made this week at a Brazilian business forum.

The 50-year-old Spaniard, who joined City in 2016, told Brazilian investors on Wednesday that he would need a break when his contract ends in 2023, saying his next step would be to take charge of a national team.

Guardiola moved to clarify those remarks, pointing out he merely said he will take a break from the game when he eventually does leave the Premier League champions.

“I am not thinking to leave after two years,” he said. “I can leave in two months if the results aren’t good or the organization isn’t happy with me. I can leave in three months or five years.

“What I said is after my period at City I will take a break,” he continued. “It can be in one month, two years, five years. Right now, I don’t have reasons to leave.” 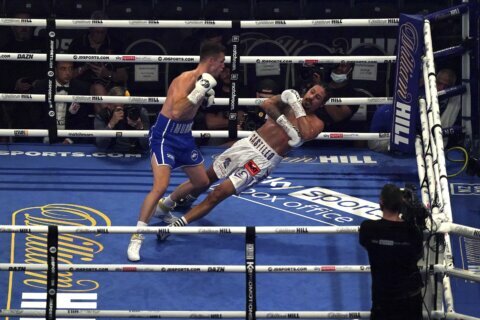