GENEVA (AP) — Delayed one year by the COVID-19 pandemic, the 2020 European Championship is in the history and financial…
Listen now to WTOP News WTOP.com | Alexa | Google Home | WTOP App | 103.5 FM

GENEVA (AP) — Delayed one year by the COVID-19 pandemic, the 2020 European Championship is in the history and financial books after being among the most difficult soccer tournaments ever organized.

An event planned within strict health rules, that survived a near-tragedy involving a hugely popular player, Denmark’s Christian Eriksen, on just the second day, and ended with fan violence at the final, has been hailed a success.

The quality of play and emotional power of soccer to create shared experiences between fans and nations should ensure Euro 2020 is an enduring positive memory.

The vision sold by UEFA leaders in 2012 was a celebration of European soccer with fans criss-crossing 13 host countries on low-cost flights to watch games in packed stadiums.

The reality was 24 national teams emerging from their (mostly) biosecure bubbles to play in 11 cities for routinely fewer than 12,000 fans, and few if any of those able to travel internationally.

Yet, this was a victory in a pandemic that trashed the plans of sports organizers worldwide.

“I will remember it as the beginning of normality and the return of fans,” UEFA president Aleksander Ceferin told British broadcaster BBC last week.

Fans did indeed return, and to a degree that frightened some observing the Italy-England final on Sunday in London.

The official attendance of 67,173 was likely not the true total at 90,000-capacity Wembley Stadium.

Hundreds of ticketless England fans broke through security barriers — and were fought by other English fans — to see their team’s first tournament final for 55 years.

Virus-respecting protocols also were widely ignored at the stadium and in heavy-drinking gatherings in the city.

“Devastating,” wrote World Health Organization epidemiologist Maria Van Kerkhove on her Twitter account. “Am I supposed to be enjoying watching transmission happening in front of my eyes?”

The tournament released emotions pent up during months of lockdowns and restrictions on normal life from COVID-19.

It also ensured UEFA’s commercial revenues for the tournament, expected to be around 2 billion euros ($2.4 billion), that helps fund developing soccer at all levels across 55 member countries.

Here’s a look back at an unusual tournament:

A serious virus outbreak in any team was UEFA’s biggest concern. A special rule let games be postponed up to 48 hours if replacements were needed for infected or quarantined players.

Spain’s key midfielder, Sergio Busquets, missed its first two drawn games, then improved with him to reach the semifinals.

Sweden thrived until winger Dejan Kulusevski was ready, though Scotland suffered losing Billy Gilmour for a decisive game against Croatia.

The date June 28, 2021 was an instant tournament classic.

Back-to-back round of 16 games delivered a slew of goals, wild shifts in momentum, and late two-goal comebacks by the underdogs to set up extra time poised at 3-3.

Spain’s 5-3 win over Croatia was settled amid frenzied attacking in both directions, then Switzerland stunned world champion France in a shootout ended when Kylian Mbappé’s kick was saved by Yann Sommer.

The video review system is far from loved in Europe’s top leagues. Marginal offside calls and penalties awarded after lengthy delays infuriated as many as those who welcomed the technology.

UEFA’s team of Euro 2020 officials excelled with clearer and faster decisions. It should lead to a reset next season of inconsistent interpretations of soccer laws, especially for handball.

The most controversial decision was giving England a penalty for Raheem Sterling’s fall that was decisive to beat Denmark in the semifinals.

Euro 2020 saw fewer fouls and more active playing time than in previous tournaments, with players praised by UEFA for their positive attitude.

Perhaps that helped the teams score 142 goals at an average of 2.79 goals per game — most since the finals tournament format expanded in 1980.

UEFA cited VAR as a factor for routinely spotting penalty-area fouls that were missed in the past.

Euro 2020 followed the 2018 World Cup in the top scorer being a penalty taker. Cristiano Ronaldo got three of his five goals from penalty kicks.

Euro 2020 reconnected many fans’ emotions to national teams after a solid year of post-confinement soccer dominated by club competitions.

National team games this season were often criticized for breaking the flow of congested domestic leagues and exposing players to COVID-19 through excessive travel or less-secure health protocols.

Euro 2020 showed fans’ passion especially in Denmark, Italy and Hungary, plus England and Switzerland where the national teams were not always so loved.

Hungary and England fans were also the worst behaved with a combined charge sheet of anti-gay banners, hostility to players taking a knee in support of racial justice, and booing rival teams’ national anthems.

Hungary hosts England when Europe’s national teams resume in September with qualifying games for the 2022 World Cup. That tournament in Qatar kicks off in barely 16 months. 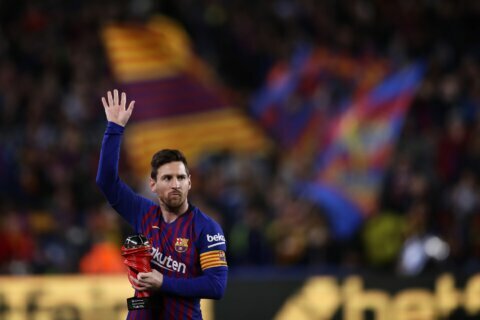 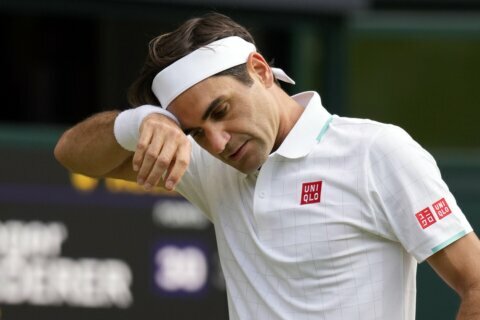