AMSTERDAM (AP) — For several key players in the Netherlands squad, this year’s European Championship is an opportunity to rebound after a disappointing season.

Virgil van Dijk won’t get that chance, however. The captain ruled himself out of the tournament to recover from a knee injury.

“It’s too soon,” the Liverpool central defender said in a video message more than six months after damaging ligaments in a high challenge by Everton goalkeeper Jordan Pickford in the Merseyside derby.

The Netherlands will be hoping that his absence will not trigger the same slump that Liverpool endured this season.

With the exception of defender Stefan de Vrij at Inter Milan and the contingent of Ajax players who won the Dutch league and cup double, many of the Netherlands’ players are heading into the tournament after seasons marked by failures to meet expectations.

Georginio Wijnaldum was part of the Liverpool team that badly missed Van Dijk as it failed to defend its Premier League title, Frenkie de Jong had a strong season with Barcelona but also came up short in Spain, while defender Matthijs de Ligt saw Juventus’ run of nine straight Serie A titles end when Inter won the Italian league title.

Nathan Aké did win the English title with Manchester City, but the defender’s season was curtailed by injury.

Then there is Donny van de Beek, who will likely just be glad to get some playing time after a season largely spent on the bench at Manchester United.

Van de Beek scored 10 minutes after coming on as a substitute in the Netherlands’ 7-0 rout of Gibraltar in a World Cup qualifier on March 30, showing coach Frank de Boer that, even against such weak opposition, he is ready to play a role at Euro 2020.

In that same match, Daley Blind limped off with an ankle injury and hasn’t played since. He joined his Ajax teammates on crutches to celebrate the club’s 35th league title.

“We’re working on the assumption he will make it, given the doctors’ prognosis,” De Boer said. “He will do everything he can to make it, but there could be a delay so he’s only fit sometime during the tournament. Let’s hope it’s earlier, that’s the expectation, but you don’t know if there will be a setback.”

The Dutch have home advantage in Group C, playing all three of their matches — against Ukraine, Austria and North Macedonia — in Amsterdam in front of at least 12,000 fans.

The Netherlands has a record of falling short at major tournaments, losing in World Cup finals in 1974, 1978 and 2010. The European Championship is the only international title the orange-clad Dutch have won, taking the trophy in 1988 with a team that included Marco van Basten, Ruud Gullit, Frank Rijkaard and Ronald Koeman.

It was Koeman who coached the Netherlands through Euro 2020 qualifying, but after successfully breathing new life into an ailing team, he quit in August to take over at Barcelona.

His replacement, De Boer, struggled early, becoming the first Dutch coach to fail to register a win in any of his first four matches in charge.

The Liverpool defender has pledged to “be there for the boys when necessary,” but he’s already looking forward to the next tournament.

“I will do everything,” Van Dijk said, “to be back in September for the World Cup qualifiers.” 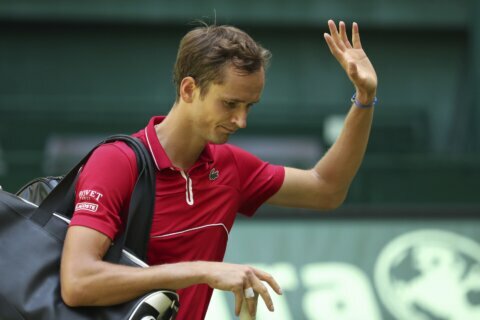 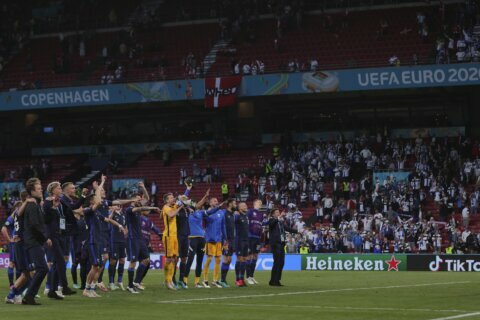 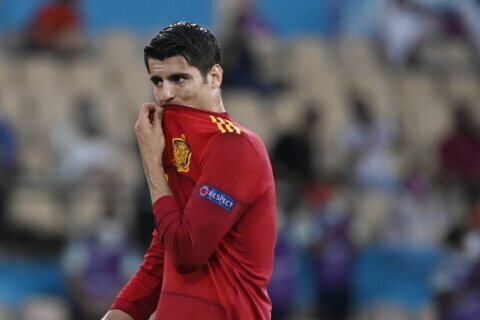