ORLANDO, Fla. (AP) — Michael Bradley had a goal and an assist, Jozy Altidore also scored and Toronto FC beat the Columbus Crew 2-0 on Wednesday night for Chris Armas’ first victory with the Reds.

Toronto (1-2-1) has lost just once in its last 10 matches against Columbus, going 6-1-3. Defending champion Columbus (1-0-3) had its eight-game unbeaten streak snapped.

Bradley capitalized on a failed clearance in the 13th minute for his first goal since Sept. 7, 2019. Toronto nearly went ahead 2-0 in the 26th, but Nick DeLeon’s shot hit the crossbar and Yeferson Soteldo’s empty-net attempt was denied by defender Saad Abdul-Salaam.

Altidore entered as a substitute in the 62nd minute. He hit the crossbar in the 75th and headed home a goal 12 minutes later.

Columbus entered having only conceded four goals in its last eight matches. 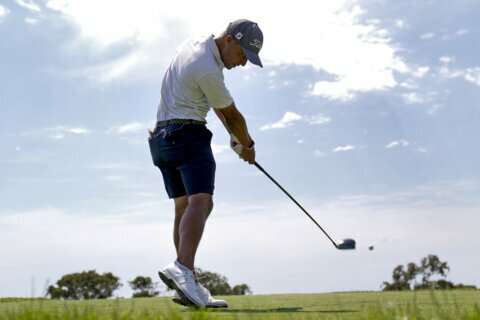