BIRMINGHAM, England (AP) — Carlos Vinicius and Harry Kane scored to send Tottenham within three points of the Champions League places with a 2-0 victory over Aston Villa on Sunday.

The Premier League win marked a quick recovery for Jose Mourinho’s side after being eliminated from the Europa League on Thursday and losing last weekend’s north London derby to Arsenal.

Tottenham took the lead in the 29th minute with the first real chance of the game.

Vinicius’ chasing of a long ball prompted a poor clearance from goalkeeper Emiliano Martinez. Lucas Moura and Kane played a one-two, resulting in Vinicius being teed up for a tap-in for his first league goal since joining on loan for the season from Benfica in October.

Tottenham doubled its lead midway through the second half when Kane clinically despatched a penalty, having been fouled by Matty Cash. 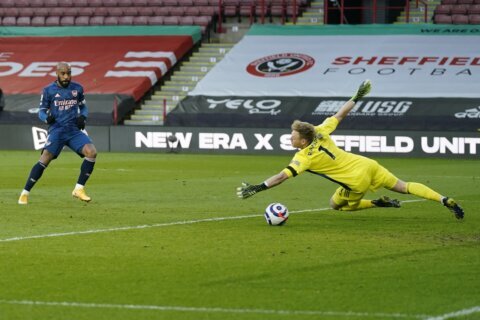 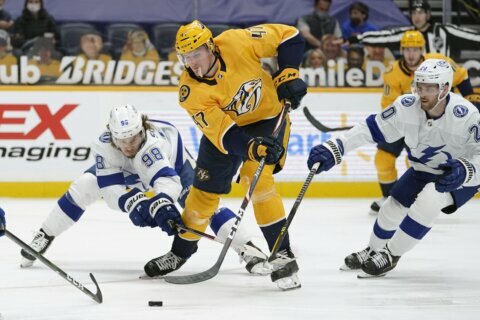