After a surprisingly fast start to the season under new coach Lindy Ruff, the New Jersey Devils have run into problems lately, including a two-week shutdown because of COVID-19 issues.

The Devils (6-6-2) have lost a season-high three in a row and have posted a 4-5-1 record in their last 10 games, slipping closer to the bottom of the East Division with 14 points.

The good news is the Devils have played only 14 games, so they have games in hand against the other teams in the division. The top four teams will qualify for the playoffs once the 56-game regular season ends in May.

The key for New Jersey, which had 19 players on the NHL COVID protocol list during its pause, is to get back on track.

The Devils came into the 2021 season off a last-place finish in the Metropolitan Division in a regular season ended abruptly by the COVID-19 crisis in March. Not much was expected this season, so it was a surprise to see them get off to a 6-3-2 start by mid-February.

The record included a 2-0-1 mark in three games against the East Division-leading Bruins (11-3-2). The losing streak followed, with two of the losses coming to the last-place Buffalo Sabres, including a 4-1 decision on Tuesday night.

While the Devils have talented players in forwards Nico Hischier, Jack Hughes and Kyle Palmieri and rookie defenseman Ty Smith, they are a gritty group that plays with tempo. They pressure the puck, work the corners and score when they can get traffic in front of opposing goaltenders.

It didn’t hurt early in the season that goaltender Mackenzie Blackwood stopped almost everything in sight, and even ones he didn’t see.

The bounces have not been as kind to New Jersey lately and their special teams have been poor, particularly the penalty kill. The Devils have allowed 18 goals in 44 short-handed situations. That’s under 60%, which is very bad.

The power play has only been a little bit better, ranking in the bottom third of the league, with six goals in 40 chances.

Ruff said the Devils put themselves in a good place to start the season.

“We’ve played some really good hockey and have had some really good wins, built a foundation around trying to play really strong five-on-five hockey to give ourselves a chance to win,” he said. “I think on the other side of that, we’re going to have to be better offensively. We’re going to have to have more nights where we’re scoring three or four. But at the same time, we have to make sure we’re doing our job inside of our zone and not giving up the opportunities that basically will allow the other team to win.”

One of the problems the Devils will face the rest of the regular season because of the two-week shutdown is a schedule that will have four games week.

The roughly one-hour practice the Devils had Wednesday was working two-on-two drills, special teams and chalk-board sessions. After the workout, the team hurried for a trip to Buffalo for a third game in less than a week against the Sabres on Thursday night.

“I’d say one of the things I noticed the most is practice is a lot different this year,” Blackwood said. “You know, we don’t really get as much time to practice because we are playing so much. So it’s hard to work on stuff in practice because you’re just trying to be ready to go for the game, and save your energy for the game.”

Wood said a short-term memory is needed, especially when the results are not there.

“You know, we can’t sit back and dwell on what we did wrong,” he said. “We can certainly talk about it. But at the end of the day we play so much, it’s on to the next game.” 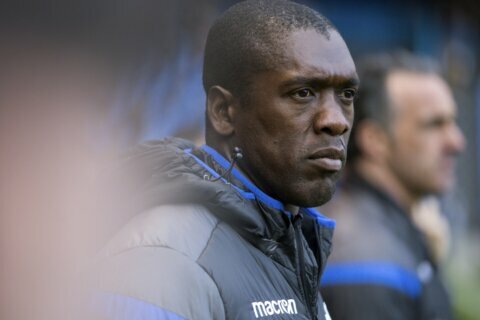 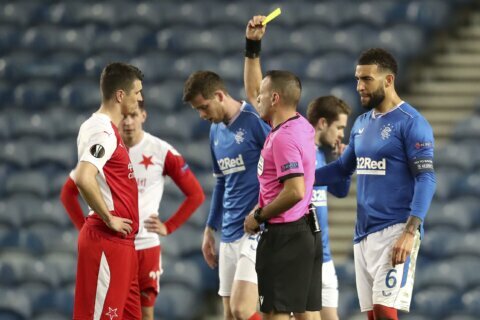