Back to the future: Orioles showed 5 years ago how sports will return after coronavirus

In this new reality born of the coronavirus pandemic, the fanless game between the Orioles and White Sox five years ago will likely serve as a template for how sports return.
Listen now to WTOP News WTOP.com | Alexa | Google Home | WTOP App | 103.5 FM
(1/4) 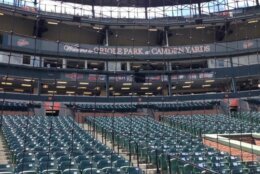 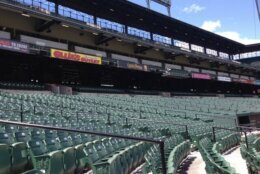 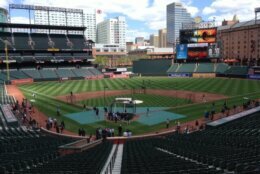 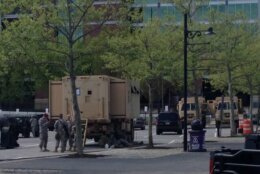 Sports have been dark for nearly two months, and any discussion of its return starts with ambitious ideas about quarantining entire leagues in one location and playing games in empty stadiums.

Few sports fans in the Baltimore/Washington region will forget such a scene already played out at Camden Yards. Wednesday marked five years since we witnessed the deafening silence of Major League Baseball’s first crowdless game, when the Baltimore Orioles beat the Chicago White Sox 8-2 on a day when the city was reeling from the Freddie Gray protests.

In this new reality born of the coronavirus pandemic, that day in history will likely serve as a template for how all sports, not just baseball, will have to slowly ease us back to normal — if we can ever truly return to it.

WTOP’s veteran sports reporter Jonathan Warner covered the game at Camden Yards, an eerie experience in which he said there were “more people in the press box than in the stands.”

“It was like attending a game on a backfield in spring training or watching a formal practice hours before a regularly scheduled game,” Warner said. “Dead silence except for the loud crack of the bat and almost no reaction when anything happened, except from the dugouts and the 20 or so fans who watched behind the wrought iron fence beyond left field.

“Foul balls rattled around empty seats, and you could hear everything, from players sliding into third base to players calling for pop flies, and even some sirens in the streets of Baltimore. Players said afterwards they heard conversations in the White Sox dugout and realized they had to lower their voices so they wouldn’t be heard.

“When Chris Davis clubbed a home run, Gary Thorne’s voice boomed from the second floor of the press box, ‘Goodbye, home run.’ The press box below laughed. We never heard that before while covering a game.”

To put in perspective how much empty stands could render a home-field advantage moot, compare the video above with the following video of Camden Yards during the Orioles’ American League Divisional Series against the Detroit Tigers.

Would empty stands completely eliminate a home-field advantage, though? Professional athletes likely wouldn’t be where they are if crowd noise factored into their performance so directly, a reality franchises would love to continue to mask from the season ticket holders who pay thousands of dollars under the guise of influencing the outcome of a game.

Even without fans present, Warner believes it made a difference for the O’s five year ago, because they were “playing in the comfort of their own ballpark during an unsettling situation. He added, “Neither team really wanted to play under those conditions.”

Before the NBA went dark, LeBron James famously said he won’t play if there aren’t fans in the stands to support him and his teammates. It’s unlikely James is alone in that sentiment, and the prospect of pro athletes and coaches being separated from family to quarantine at a remote location for the sake of playing games is a tough ask.

“How do you tell some guy whose wife is expecting that you have to kiss her goodbye and see her in 40 days,” said former Orioles manager Buck Showalter, who was in the dugout for the fanless game five years ago, to The Baltimore Sun recently. “I don’t know how you quarantine everybody and the logistics of that. All that has to happen is for one player to get sick and the whole thing has to shut down again. What happens if you start it and you have to stop it again?”

“It will certainly be the scenario for the return of sports,” Warner said. “We’ll be glad they’re back for awhile, but I can’t see that getting anyone excited for an extended period of time. You may stick around for the end result, but it will leave you empty.”

But playing without fans or not playing at all is no real choice. As is generally the case with college and pro sports, you have to follow the money — and it leads to playing in some form or fashion.

The NBA is about to undergo significant pay cuts. ESPN has already done it. The NFL has furloughed employees and its commissioner isn’t taking a salary, demonstrating even the mighty aren’t immune to the financial struggles the virus outbreak has caused.

There are lucrative television contracts to try to uphold. Franchises have multimillion dollar contracts to pay regardless of whether there’s a game-day haul from concessions, apparel and tickets to the stadium sold. If playing generates even half the normal revenue, sports is in a position where it has to try.

Besides, it’s been said that crowd noise is the equivalent of a laugh track on a sitcom. It’s not the reason you’re watching sports, but you miss it when it’s not there. Perhaps technology will allow a fitting substitute once leagues actually commit to the fanless game approach and players like LeBron stop talking like it’s a deal-breaker.

To paraphrase a somewhat crass saying, sports have to select the option that sucks the least. Fanless games are far from ideal but the Orioles showed us it can be done for the greater good. 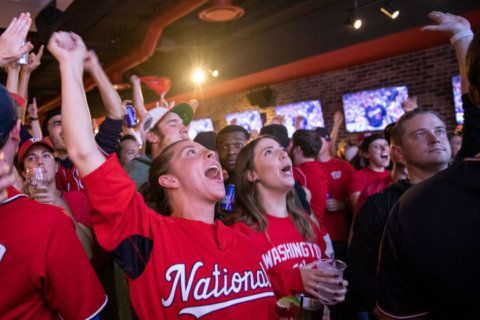 Cheer for your team from home? HearMeCheer lets you do that 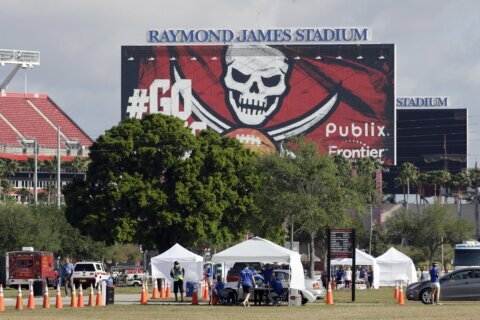