****Final Update 4/10*** Despite its humble start as a 13-seed, Capitol Hill’s Union Pub is our champion of the 2017 best D.C. area sports bar bracket contest, defeating Ballston’s First Down Sports Bar in the championship round.

***UPDATE 4/7*** At last, our championship is set. Union Pub survived all challengers from the District while First Down Sports Bar took out the top seed in Virginia en route to the finals. The last round of voting runs through Monday, April 10 at noon.

WASHINGTON — It’s March, the madness is all around us, and it’s time once again for you to tell us which sports bar in the greater D.C. area is the best.

As we did last year, we’ll have four regions, with D.C. split in half along with Virginia and Maryland.

This year, though, we’ve doubled the field to a full 64-bar bracket, which means plenty of newcomers.

The top seeds in each region are based on last year’s results, with the rest based in descending order on Google reviews. There will surely be upsets. You will absolutely feel that certain establishments have been over- and under-seeded.

Just remember that none of that matters, and that voting will dictate all.

As the defending champ, Mason Inn secured the top overall seed. Just as last year, no chains are allowed (with the partial exception of Stoney’s – we’re considering the original location on P Street).

Flip through the slides below and check back over the next couple weeks to help vote your favorite place to watch games all the way to this year’s title. 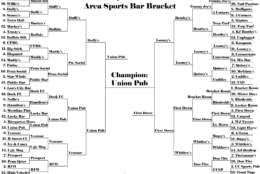 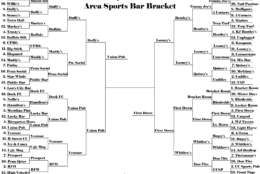 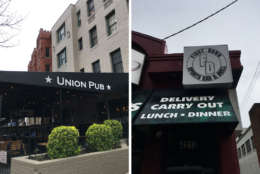