The Nats will play six of their next nine games against division leaders (plus three against Wildcard contender St. Louis), and they're already 3-16 in July. How bad will things get?
Listen now to WTOP News WTOP.com | Alexa | Google Home | WTOP App | 103.5 FM

At least they didn’t get swept coming out of the All Star break by a last place team. But the past three days felt like a lot of weekends in 2022 where things just didn’t click for the Nationals.

The buzz of what will happen with Juan Soto (even though he’s two-plus years away from Free Agency) will dominate the headlines until something is done or Commanders Training Camp opens (thank goodness for the Burgundy and Gold).

The Nats will play six of their next nine games against division leaders (plus three against Wildcard contender St. Louis), and they’re already 3-16 in July.

How bad will things get?

Digesting the Division — the New York Mets (59-37) own a game and a half lead over Atlanta (58-39). The two teams will meet five times over four days next weekend, while this week the Mets meet the New York Yankees twice before a three-game series with Miami while the Braves battle Philadelphia and Arizona. The Phillies (49-43) may be plateauing after the “fire the manager bump” as they’re currently 9-9 in July. Miami (45-50) is minus their best player Jazz Chisholm Jr. (he was moved to the 60-Day Injured List with back issues), but they’re 12-10 in his absence. The Nationals (32-65) need a 49-17 finish to avoid a third straight losing season.

O’s Woes — Baltimore lost two of three to the New York Yankees over the weekend to slip one game under .500. But the sound you hear above them is the Boston crashing from contention: the Red Sox have lost five straight to the tune of 67-13 and resemble a soggy plate of nachos. The Birds battle second place Tampa Bay over the next four days, and they’re 5-7 against the Rays this year. Former Washington pitcher Austin Voth starts the opener.

Game to Watch — Tuesday the Nats are in Los Angeles to face the Dodgers, and one of the players they received in exchange for Max Scherzer and Trea Turner (Josiah Gray) is slated to start on the mound. Since posting a 1.13 ERA in June, the right-hander has recorded a 7.02 ERA in 16.2 innings over three starts. One hope he shakes out of that hiccup. 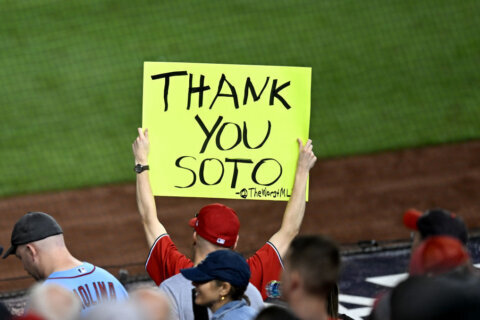 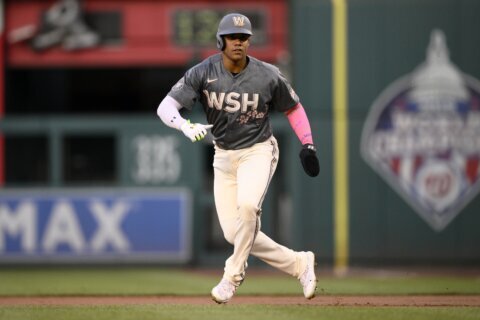 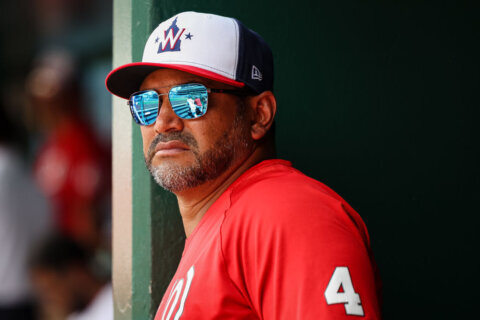