Stick to sports. If only the Washington Commanders could.

Under multiple monikers now, Washington’s NFL franchise has spent the better part of two decades neck deep in off-field controversy coupled with lousy play on a lousy field in a dilapidated stadium. So the last thing they needed was defensive coordinator Jack Del Rio’s disrespectful game of what-about-ism, playing down the events at the U.S. Capitol on Jan. 6.

“Because it’s kind of hard for me to say, I can realistically look at it, I see the images on TV, people’s livelihoods are being destroyed. Businesses are being burned down. No problem. And then we have a dustup at the Capitol, nothing burned down. And we’re gonna make that a major deal.”

Yes, we are. Because Jan. 6 was as much a “dustup” as the Civil War was a minor altercation about states’ rights.

Del Rio, likely pushed by someone within the organization to walk back his comments, later apologized. Yet, just like his Wednesday morning comments, started ok but didn’t know when to shut up.

In addition to basically saying, “I’m sorry for causing a stir but I meant what I said,” it’s also a direct contradiction to his own previous statement about player protests.

Jack Del Rio today: “I have fully supported all peaceful protests in America.”

Del Rio was correct about one thing: There is a double standard in the NFL. It apparently allows for a mediocre coach to remain gainfully employed after spewing ignorance under the umbrella of “I’m free to express myself.” Meanwhile, Colin Kaepernick — objectively a better quarterback than Del Rio is a coach, by the way — remains out of the league going on six years now, supposedly because teams don’t want the distraction. You know, like Del Rio is right now.

And miss me with talk of hindsight because anyone who’s paid attention to Del Rio’s track record knows he’s never been worth the trouble. His 93-94 record as a head coach with only three winning seasons out of 12 certainly isn’t worth living through a ridiculous locker room ax mishap, massive water consumption or his tweeting habits.

Yet, Brian Flores just got fired in Miami for two winning seasons out of three quiet campaigns, while Del Rio stays gainfully employed after his 25th-ranked scoring defense was by far the most disappointing unit in 2021.

That, friends, is the very definition of white privilege.

Del Rio’s take, which conveniently and misguidedly omits the fact the Capitol attack was both deadly and traumatic, also reeks of what brought about the George Floyd riots to begin with — racial injustice.

Jack del Rio referred to the attack on the Capitol a “dust up” for one reason: black people weren’t the ones at the center of the dusting up …

Then again, people still watching the NFL. Watching the American Negro dancing at it’s Super Bowl in prison uniforms and just celebrating like nothing is amiss. Jack Del Rio isn’t the major problem. The fact that enough of us haven’t organized to reshape his entire worldview is. https://t.co/UhxpABx7RT

Perhaps the most appalling aspect of Del Rio’s comments is the false equivalency between the Floyd unrest and the insurrection. He seems completely oblivious to the massive difference between oppressed people demanding justice for the continued slaughter of Black people — as I said in 2020, Floyd’s murder happened before we could finish shedding tears for Breonna Taylor — and those throwing a deadly tantrum because their precious demagogue lost the election.

Furthermore, Del Rio’s offer to have a conversation about race in America is wholly disingenuous. This discussion has taken place for decades, and ramped up all over the country in 2020. The only reason he doesn’t know the answer to the “simple question” he posed is because he doesn’t care to know. That information is readily available to anyone ready and willing to put aside their privilege and truly listen.

I asked Jonathan Allen about Jack Del Rio’s tweets – it’s a smart answer to a complicated question – “At the end of the day you can a difference of opinion and still respect one another” pic.twitter.com/mvVl0X0l5G

What else can a player say? Especially when his boss gives an “apology” like Del Rio’s?

And what else can I say about the NFL’s plantation-like power structure that I haven’t already in what feels like 100 columns?

So I’ll just leave the last word for a non-Washington player who sums this up perfectly:

Jack Del Rio is an ignorant, ignorant man. And that is as loving and respectful as I can put it. 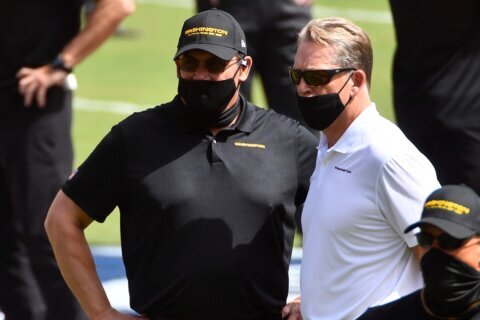 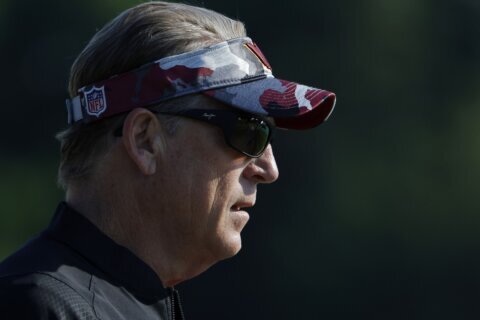