LANDOVER, MARYLAND - OCTOBER 10: Taylor Heinicke #4 of the Washington Football Team reacts during the second half against the New Orleans Saints at FedExField on October 10, 2021 in Landover, Maryland. (Photo by Patrick Smith/Getty Images)

The Washington Football Team is again imploding. The only way to get this cycle to end is by making the ultimate change at the top, says Rob Woodfork in the NFL Week 5 Wrap.
Listen now to WTOP News WTOP.com | Alexa | Google Home | WTOP App | 103.5 FM

The Washington Football Team, whatever it was or will be called, is dead. It just hasn’t laid down yet.

Ever so often, there’s hope the team can overcome Dan Snyder’s toxic ownership and be at least a good franchise. And every single time, that hope is shattered on the jagged rocks of reality.

As I’ve said in the D.C. Sports Huddle, there’s always an unexpected factor that undoes Washington, no matter how good they look on paper. The latest example is the Burgundy and Gold defense, which was widely assumed to be one of the league’s best units after an impressive 2020 but has reached shocking depths this year, ranking sixth-worst in yardage and second-worst in points allowed.

Pay attention to Sunday’s 33-22 loss to the New Orleans Saints. On the field, there were turnovers and missed coverages galore. Key veterans didn’t know basic strategy. And immediately afterward, players and coaches gave a bunch of contradictory quotes about where this 2-3 team currently stands.

Washington is a mess — as it has been nearly three decades.

Historically, the offense hasn’t had a legit franchise quarterback since Joe Theismann broke his leg in 1985. Joe Gibbs 2.0 was nowhere near as magical as on the first go-round. I could spend the rest of this column just listing the players, coaches and front-office types that have arrived in Washington with pristine names and reputations, only to leave town with them in disrepair.

The fanbase has gone from one of the most passionate and far-reaching in the league to virtually nonexistent. As great an atmosphere RFK Stadium provided during the glory years, FedEx Field has for decades been a mausoleum where opposing fans take over on a weekly basis — even teams with a fraction of the tradition (and population) Washington has.

“Who Dat” chant breaks out at FedEx. A city of 390K has more fans at the opposing stadium than the home team. Shameful

In contrast to Washington’s history under Snyder and former team president Bruce Allen, there’s quite a bit to like about this year’s team. Allen’s successor, Jason Wright, has been a breath of fresh air and a worthy ambassador for the team. Fans of a certain age have to love seeing Martin Mayhew back with the organization he helped to its last Super Bowl championship as a player 30 years ago. Ron Rivera’s coaching record may be in question, but his character certainly is not.

But at the top of all of it sits Snyder and his equally clueless wife, Tanya, who just last month used her platform to complain about the fallout of her husband’s actions, rather than give the victims of his toxic behavior even a mention, let alone an apology. She’s done great work with her Think Pink campaign, but her words in the short time since officially becoming co-owner and co-CEO of the franchise demonstrate she’s at least enabling her husband’s misdeeds.

The NFL had the perfect out from Snyder’s disastrous reign: The league started an investigation into Washington’s longstanding toxic culture under Snyder and then promptly, bafflingly, buried its results and gave him no more than a slap on the wrist. The league bounced Jerry Richardson from owning the Carolina Panthers in 2017 for similar behavior, yet Snyder’s sins have somehow left him with more power than ever.

It’s a shame we’ve reached this inescapable point: The one and only way to return one of the NFL’s oldest and most historically relevant teams to prominence is to remove the Snyders from the top of the leadership totem pole. Unfortunately, no one within the league’s power structure seems willing to save D.C. from his villainous clutches. 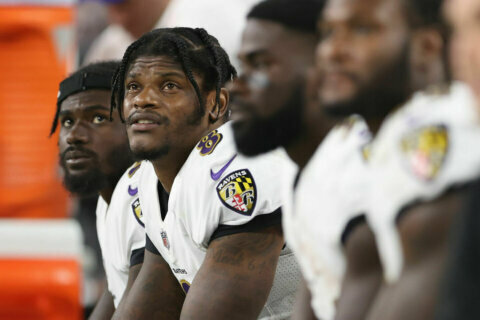 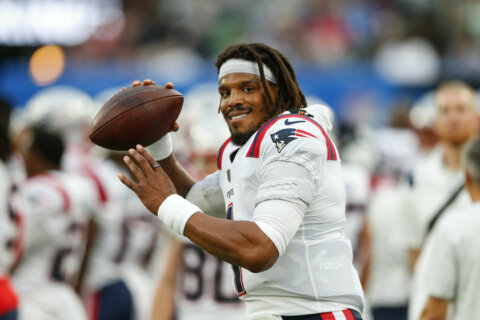 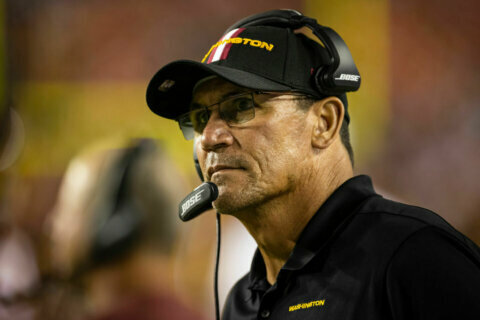