When Michael Jordan announced he was going to come back to play for the Wizards in September 2001, he helped the D.C. area get past a crisis in the same way 'The Last Dance' is helping sports fans today.
Listen now to WTOP News WTOP.com | Alexa | Google Home | WTOP App | 103.5 FM

The Netflix docuseries the “The Last Dance” about Michael Jordan’s final season with the Chicago Bulls is providing joy and smiles in this time of coronavirus quarantine.

Two more episodes aired on ESPN Sunday night, and it continues to be a ratings success with 5-6 million viewers watching each week.

Jordan provided a lift in a very difficult time before, especially here in Washington D.C. It was September 2001 and on the evening of the 10th, word leaked out that Jordan would be stepping away from his ownership and front office role with the Washington Wizards to play for the team.

On the morning of Sept. 11, 2001, I was anchoring WTOP sports from home, like I am now, but for a different reason. I was on vacation, but as the radio voice of the Wizards I had the story about Jordan’s return. There was so much excitement about Jordan’s decision to play for the Wizards I was not only talking about it in sports, but it was the lead news story on WTOP.

Jordan about to play in the NBA again — and for the Wizards! — was no longer talked about on Sept. 11 after 9 a.m. Sadly, the news of terrorist attacks on the World Trade Center in New York and then close to home at The Pentagon became not only the story, but something to try to come to terms with.

Just before the start of training camp that October, Jordan made it official and announced he would play for the Wizards. Dealing with a post-9/11 world, Jordan’s decision to play again did not erase painful memories, but offered fans and soon-to-be teammates something to look forward to.

Center Jahidi White and guard Chris Whitney played with Jordan on the Wizards. White was a former star at Georgetown who was entering his fourth season with Wizards. For Whitney, the 2001-02 season was his seventh with the Wizards and ninth overall in the NBA.

“It took us a while to learn how to play with MJ,” White said. “Once we learned to play with him, you knew exactly what to do and I remember no one went outside of their role. Chris (Whitney) became one of the most efficient shooters at that time. He was like the Paxson, pretty much.” (John Paxson was an outside shooter for the Bulls who took his share of wide-open shots due to the attention other teams paid to Jordan.)

Playing with Jordan, Whitney had his highest-scoring season in his 11-year NBA career when he averaged 10.2 points per game in 2001-2002. Whitney, who said he loves watching LeBron James play, believes that Jordan is the greatest basketball player ever.

“Whenever he walked into a room, it seemed like the lights got brighter,” Whitney said. “It was amazing to see the work ethic, to see the drive, and he would get on the bus and say ‘we get to the playoffs, anything can happen.’ And he would say, ‘Watch. I’m going to turn into something else.'”

That season’s Wizards did have a chance to make the playoffs, but it’s hard for White and Whitney to imagine Jordan, who was 39 years old at the time, elevating his game even more in the postseason. But from the end of December, when Jordan scored 51 points in a game against the Nets, to the All-Star break in February, Jordan averaged close to 29 points per game over an incredible 19-game stretch.

“I never saw him out of shape,” said White. “When it was time to physically run up and down the court, he was right there with us. Another thing amazing to me was how long he stayed after practice to get his mid-range game back. That was important to us, because there were not a lot of threes that year.”

Even with Jordan’s boost, the Wizards did not make the playoffs in 2002. After the All-Star break, Jordan battled nagging injuries, and for the season, played in 60 games with a scoring average of over 22 points. Incredibly, Jordan, at the age of 40, played in all 82 games for the Wizards the following season, and still averaged over 20 points per game.

With the Wizards, Jordan was not physically the same player as he was with the Bulls in 1998, the season chronicled in “The Last Dance.” To be sure, Jordan could still fly at times and deliver spectacular dunks for the Wizards, but he also relied on his wits to outsmart opponents instead of outjumping them.

“It was easy to see that he is probably the smartest player I’ve ever been around,” Whitney said. “He knew everybody’s tendencies — and this after being away from the NBA for a few years. He knew every player and what they were capable of and what he had to do against them.”

There are two more episodes of “The Last Dance” next Sunday night, and then like the memories, the docuseries will live forever on demand.

“The ‘Last Dance’ has really made me realize how privileged I was to be able to play with MJ and how fortunate I was because you didn’t think about it then,” White said. “You see all the things he is saying in there, and then you can think about when you were playing with him. Everything he does, you can equate with some experience you had with him during the Wizards seasons.” 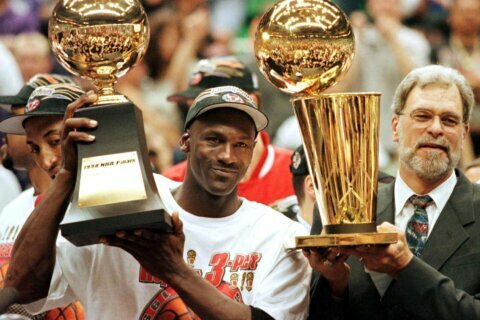 Michael Jordan’s teammate Bill Wennington: ‘He would be on top at the end’ 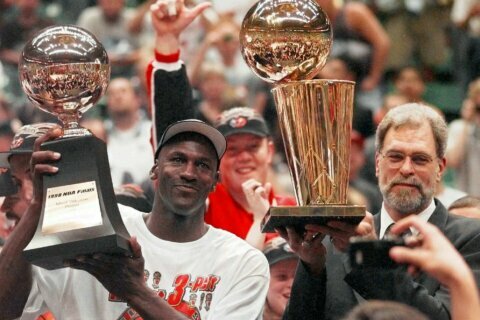 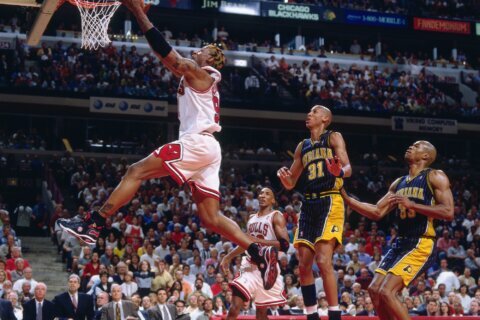