Home » Sports Columns » It was 'Werth' it

It was ‘Werth’ it 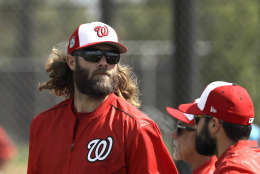 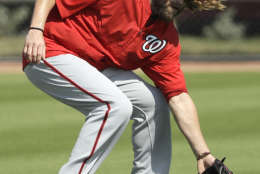 WEST PALM BEACH, Fla. — No matter what happens this year, the Nationals’ signing of Jayson Werth was well worth it.

His seven-year, $126 million contract expires at the end of this upcoming season. He arrived in D.C. after the Nats stumbled to back-to-back, 100-loss seasons. Since then, they have been one of the majors’ winningest franchises. And yet, Werth knows he’ll be judged on whether he’ll be able to deliver a championship.

“The whole thing hangs on this season. There’s going to be baseball in D.C. long after I’m gone, but my career is pinned to this season, so we’ll see what happens,” he said Monday at Spring Training.

What has happened since Werth’s arrival has been just what the team needed. From five straight losing seasons to five-in-a-row with winning records. He gave the team leadership and some swagger. He set the example of how to win.

And, with three division titles, they’ve been in position to win it all. But in the end, they’ve been overshadowed by gut-wrenching postseason defeats.

“We’ve definitely had some bad losses and some devastating losses. We’ve had some winnable games and some big opportunities,” he said.

Werth said he thinks about those missed opportunities during the offseason.

“I want to win. I want nothing more than for these guys and this city to experience what it’s like for a team to win the World Series and I still have that opportunity.”

But will 2017 be Werth’s last opportunity with the Nationals? He hasn’t spoken to the team about re-signing beyond this year, but front office personnel have indicated they’d like him back.

Manager Dusty Baker isn’t concerned that Werth will be 38 in May.

“He hasn’t gained weight. He’s probably in better shape now than ever, and I think he’s going to have a better year than last year,” Baker said.

“I feel I’ve got three, four, five good years left in me,” he said. “I’ve got a lot to prove and I feel like I still got a lot in the tank.” 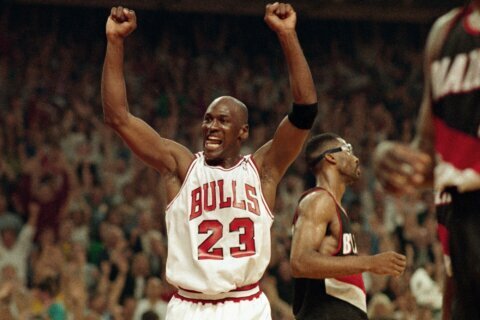