Astronomers have discovered the smallest yet most massive white dwarf star ever seen.

According to a new study published Thursday in the journal Nature, the “very special” star has a mass greater than that of our sun, all packed into a relatively small body, similar in size to our moon. It formed when two less massive white dwarf stars, which spent their lives as a pair orbiting around each other, collided and merged together.

At the end of their lives, the vast majority of stars become white dwarfs, which are essentially smoldering corpses, in addition to being one of the densest objects in the universe alongside black holes and neutron stars. In about 5 billion years, our sun will become a red giant before ultimately suffering the same fate.

“It may seem counterintuitive, but smaller white dwarfs happen to be more massive,” lead author Ilaria Caiazzo said in a statement. “This is due to the fact that white dwarfs lack the nuclear burning that keep up normal stars against their own self gravity, and their size is instead regulated by quantum mechanics.”

The highly-magnetized dead star, named ZTF J1901+1458, is located relatively close to Earth, only about 130 million light years away. It was discovered by the Zwicky Transient Facility (ZTF) from Caltech’s Palomar Observatory.

When the two white dwarfs merged, they combined to form a new star, about 1.35 times the mass of our sun, the most massive of its kind ever found. If either of the stars had just slightly more mass, the merger would have resulted in an intense explosion called a supernova. 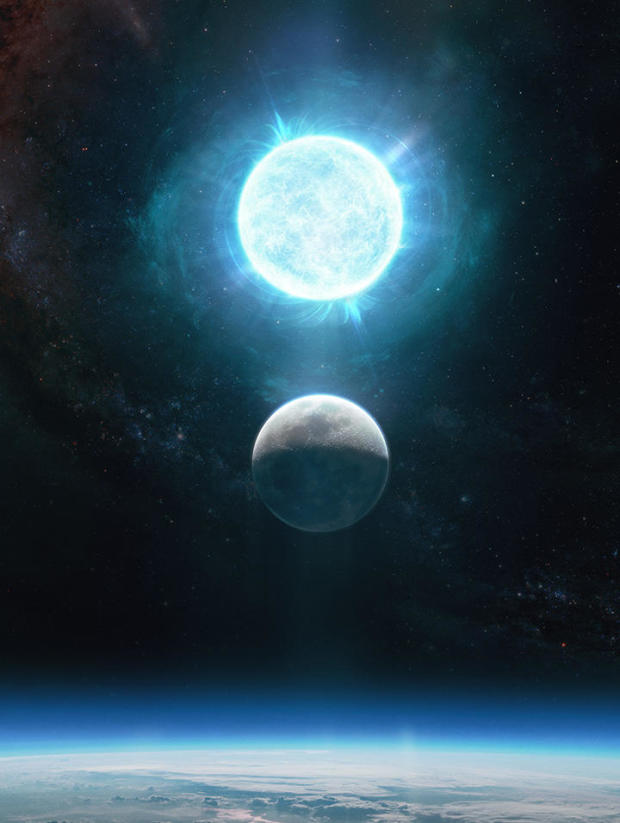 ZTF J1901+1458 also has an “extreme” magnetic field nearly 1 billion times stronger than the sun, rapidly rotating to complete one full revolution in just seven minutes. It takes the sun about 27 days to complete a rotation.

With a diameter of 2,670 miles, it’s the smallest known white dwarf in the universe by over 400 miles. In comparison, the moon is 2,174 miles across.

“We caught this very interesting object that wasn’t quite massive enough to explode,” says Caiazzo. “We are truly probing how massive a white dwarf can be.”

So, what’s next for the rare star?

Researchers believe the star has a large enough mass to possibly evolve into a neutron star, which usually forms when a star with a mass much larger than the sun explodes in a supernova. If their hypothesis is correct, it means many of the neutron stars in the universe may have formed in this previously unknown way.

“It is so massive and dense that, in its core, electrons are being captured by protons in nuclei to form neutrons,” Caiazzo said. “Because the pressure from electrons pushes against the force of gravity, keeping the star intact, the core collapses when a large enough number of electrons are removed.”

The star’s proximity to Earth and young age — only about 100 million years old or less — means similar stellar phenomena may occur more commonly in our own galaxy.

“No one has systematically been able to explore short-timescale astronomical phenomena on this kind of scale until now. The results of these efforts are stunning,” said Kevin Burdge, who first spotted the star in all-sky images.

But researchers say they are just getting started.

“There are so many questions to address, such as what is the rate of white dwarf mergers in the galaxy, and is it enough to explain the number of type Ia supernovae?” Caiazzo said. “How is a magnetic field generated in these powerful events, and why is there such diversity in magnetic field strengths among white dwarfs? Finding a large population of white dwarfs born from mergers will help us answer all these questions and more.” 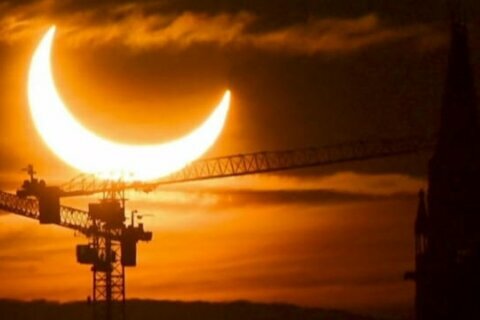 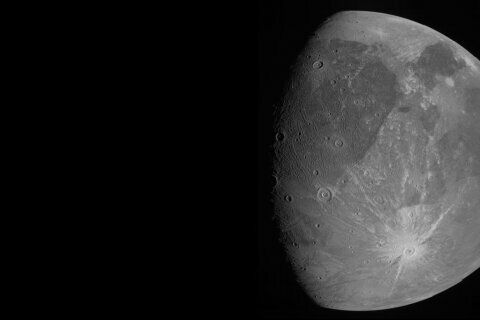 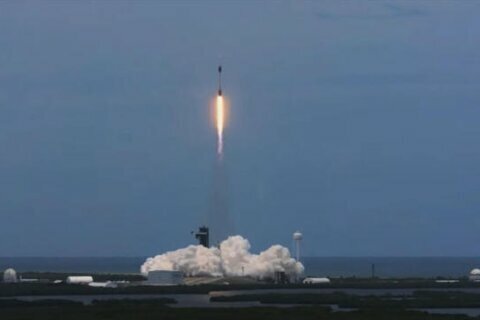