After nearly five years in space, a NASA spacecraft is nearing the end of its historic mission, beginning its journey home to Earth with a plethora of asteroid samples.
Listen now to WTOP News WTOP.com | Alexa | Google Home | WTOP App | 103.5 FM

After nearly five years in space, a NASA spacecraft is nearing the end of its historic mission, beginning its journey home to Earth with a plethora of asteroid samples.

The spacecraft is only about 200 million miles away, but it will have to circle the sun twice to catch up to Earth — making the journey a total of 1.4 billion miles.

On Monday, the spacecraft fired its main engines at full throttle for seven minutes, which NASA called its “most significant maneuver” since arriving at Bennu in 2018. The move pushed the spacecraft at 600 miles per hour away from the 4.5-billion-year-old asteroid, which is about as wide as the Empire State Building is tall.

“As we leave the asteroid, I’m feeling very proud,” mission principal investigator Dante Lauretta said in a statement. “This team has performed phenomenally. We’ve learned a lot throughout this whole mission and now we’re looking forward to the final science campaign of sample analysis, which is why I got involved in this program so long ago in the first place.”

“It’s both exciting and bittersweet,” said Sandy Freund, mission operations program manager of the Lockheed Martin Mission Support Area, where OSIRIS-REx is flown. “I can’t wait to see what we learn from the sample when it returns to Earth. Yet, at the same time, we’ve now said goodbye to this asteroid that we’ve gotten to know so well over the past couple of years.”

After collecting the samples and departing from Bennu, the team’s sole focus is getting the samples to Earth safely — which involves keeping the spacecraft from veering off course.

“Our whole mindset has been, ‘Where are we in space relative to Bennu?'” said Mike Moreau, deputy project manager at NASA’s Goddard Space Flight Center. “Now our mindset has shifted to ‘Where is the spacecraft in relation to Earth?'”

Because the navigation cameras that helped orient the spacecraft were turned off last month, engineers are now using NASA’s global spacecraft communications facilities to steer the craft using radio signals. The frequency of the waves will tell engineers OSIRIS-REx’s speed, and the amount of time it takes for the radio signals to get to Earth will help identify its location.

OSIRIS-REx will orbit the sun twice before it is expected to reach Earth in September 2023. When it is within about 6,000 miles, the capsule containing the asteroid samples will separate from the rest of the spacecraft and enter Earth’s atmosphere.

It’s paramount that the samples enter at the perfect angle — too low, and the capsule could “bounce” back out of the atmosphere. Too high, and it could burn up due to friction and heat. With the help of parachutes, the capsule will land at the Utah Test and Training Range in Utah’s West Desert, where eager scientists will be awaiting its arrival.

If the spacecraft fails to release the capsule, the team will divert it away from Earth and try again in 2025. They hope the samples contain clues about the origins of our solar system, and whether asteroids like Bennu may have crashed into Each and delivered the ingredients for life.

NASA will also save 75% of the sample for future generations to study.

“OSIRIS-REx’s many accomplishments demonstrated the daring and innovative way in which exploration unfolds in real-time,” said Thomas Zurbuchen, associate administrator for science at NASA Headquarters. “The team rose to the challenge, and now we have a primordial piece of our solar system headed back to Earth where many generations of researchers can unlock its secrets.”

“There’s a lot of emotion within the team about departure,” Moreau said. “I think everyone has a great sense of accomplishment, because we faced all these daunting tasks and were able to accomplish all the objectives thrown at us. But there’s also some nostalgia and disappointment that this part of the mission is coming to an end.”

NASA says that OSIRIS-REx and the team that controls it exceeded many initial expectations. In the middle of the coronavirus pandemic, the team perfectly executed its most critical plan — collecting what amounted to at least 2 ounces of soil from Bennu’s surface.

And it faced several struggles along the way. Back in 2018, the team noticed that the asteroid was ejecting small rock pieces into space.

“We had to scramble to verify that the small particles being ejected from the surface did not present a hazard to the spacecraft,” Moreau said.

The team encountered another surprise upon the spacecraft’s arrival at Bennu: The terrain was surprisingly rugged, covered in boulders that were difficult to navigate.

“We really had this idea that we were arriving on an asteroid with open real estate,” said Heather Enos, OSIRIS-REx deputy principal investigator. “The reality was a big shocker.”

In response, the team developed a more precise navigation technique to target very small areas for sample collection, surveying the asteroid in its entirety. In doing so, they discovered clear signs of water-rich clays on its surface, as well as another mineral — magnetite — that forms in aqueous environments.

“This mission emphasizes why we have to do science and exploration in multiple ways – both from Earth and from up-close in space – because assumptions and models are just that,” Enos said.

The spacecraft has plenty of fuel, but the mission team is still working to conserve it in the hopes of potentially extending its mission to another asteroid after it passes by Earth. Scientists hope to know by this summer if another mission is possible based on the health of the spacecraft. 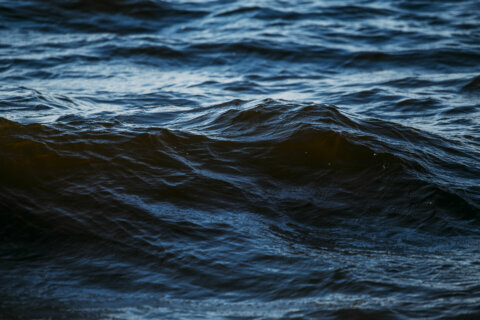 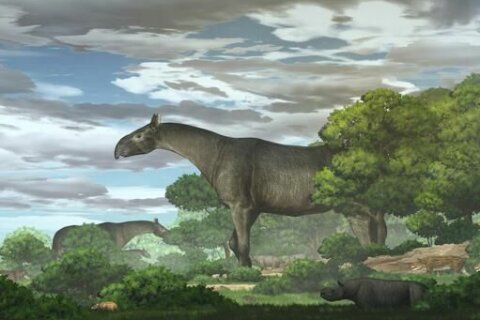 New fossils reveal one of the largest land mammals ever found 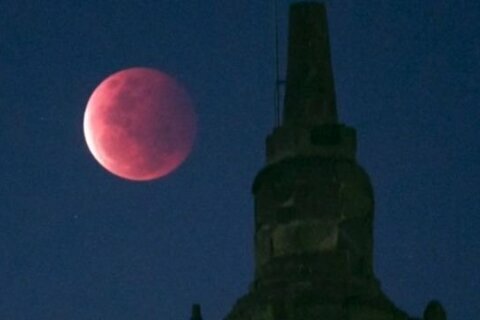 How to watch the full ‘strawberry’ moon, the last supermoon of 2021