A long-lost core of earth drilled up from beneath mile-thick ice in northwestern Greenland in the 1960s has shown that in the past 1 million years -- and perhaps as recently as 400,000 years ago -- it was once home to a vegetated landscape.
Listen now to WTOP News WTOP.com | Alexa | Google Home | WTOP App | 103.5 FM

The ice sheet that covers the northernmost reaches of our planet has expanded and shrunk over the past 2 million years — but it was thought that Greenland’s bitter cold and miles-deep ice had been a more or less constant feature.

However, new evidence has suggested it was once a much warmer and greener place than we are used to today. What it took in the past to melt the ice and cover it with plants could be critical for predicting how the Arctic will respond to climate change in the present day.

A long-lost core of earth drilled up from beneath mile-thick ice in northwestern Greenland in the 1960s has shown that in the past 1 million years — and perhaps as recently as 400,000 years ago — it was once home to a vegetated landscape.

Scientists had expected to find sand and rock in the dirt but were instead surprised to see twigs and leaves.

“We found frozen plant parts – twigs, leaves, and mosses — that are similar to Arctic tundra found in the few ice-free areas of Greenland today. The biggest difference between then and now is that the mile of ice covering this part of Greenland must have melted away,” said Andrew Christ, Gund postdoctoral fellow and lecturer in geology at the Gund Institute for Environment at The University of Vermont.

“The landscape was probably dotted with small ponds and streams while tundra plants covered the landscape.”

The discovery is more evidence of a new and troubling understanding that the Greenland ice sheet melted off entirely during a recent warm period in Earth’s history — periods not unlike the one we are currently in — and accelerating with human-caused global warming.

“Over the last million years, Earth’s climate was punctuated by relatively short warm periods of about 10,000 years called interglacials when there was less ice at the poles and sea level was higher. We think it’s possible that one of those interglacials, possibly around 1 million years ago or 400,000 years ago, was the last time this part of Greenland melted and tundra grew on the landscape,” said Christ, lead author of the study published in the journal PNAS on Monday.

The material analyzed in the study has a unique and intriguing story. It came from Camp Century, a Cold War military base dug inside the ice sheet far above the Arctic Circle in the 1960s.

Called Project Iceworm, its true mission was to hide 600 nuclear missiles under the ice close to the Soviet Union.

As cover, the Army presented the camp as a polar science station. The military mission failed and the cores of ice and dirt they collected were moved from place to place in cookie jars. The samples spent a stint at the University of Buffalo in upstate New York in the 1970s before being moved to another freezer in Copenhagen, Denmark, in the 1990s. That’s where the cores sat for decades until they were moved to a new freezer and accidentally rediscovered in 2017.

With the latest dating techniques, scientists were able to analyze the sediment and the perfectly preserved plant fossils. The research team dated them to within the last million years.

“We used two different techniques. First, we used clean room chemistry and a particle accelerator to count atoms that form in rocks and sediment when exposed to natural radiation that bombards Earth. Then, a colleague used an ultra-sensitive method for measuring light emitted from grains of sand to determine the last time they were exposed to sunlight. Both of the methods tell us how long the ancient soil has been buried below ice,” Christ explained via email.

Piecing together what happened the last time Greenland was warmer than the present is critical because the ice sheet is thought to contain up to 7 meters (23-feet) of sea-level rise — a shift in sea levels that could flood many major cities around the world.

“In the geologic past, it would have taken thousands of years to melt the ice sheet. We are rapidly warming the climate at a rate that exceeds anything observed in the last million years.

“That is a concern for melting the Greenland Ice Sheet and raising sea level significantly within our lifetimes and certainly our grandchildren’s lifetimes.” 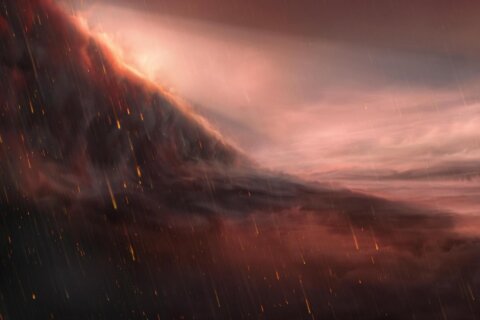 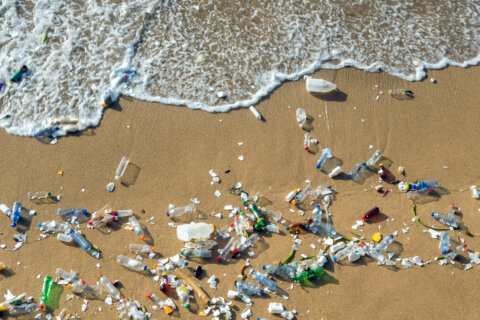 Microplastics in our air ‘spiral the globe’ in a cycle of pollution, study finds 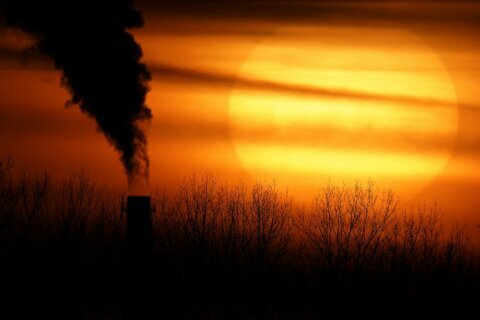