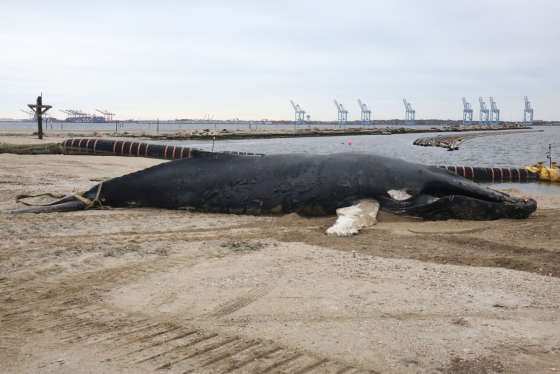 Biologists are running tests on a second humpback whale found dead in Virginia waters in the span of a just a few days. Scientists believe the first whale died from a propeller wound, although they’re waiting for a pathologist to confirm that.

The News Journal reports that the National Oceanic and Atmospheric Administration Marine Fisheries declared it an “unusual mortality event,” which is called when higher-than-normal numbers of marine mammals die for unknown reasons. An agency spokeswoman says details will be provided Thursday.

Marine Education, Research and Rehabilitation Institute Executive Director Suzanne Thurman says a decomposing whale washed into shallow water in the Delaware Bay recently, but weather is hampering efforts to study it. Thurman says it apparently was a juvenile humpback.

If confirmed, it would be the fourth stranded in Delaware waters in a year, an unusually high number.

Four have stranded off Virginia and there was a stranding last fall off Long Island.

___
Information from: The News Journal of Wilmington, Del., http://www.delawareonline.com