Few Hollywood careers are as beloved and tragic as that of Judy Garland.

Now, her final days become the film “Judy,” adapted by Tom Edge (“The Crown”) from Peter Quilter’s play “End of the Rainbow,” which premiered in Sydney, Australia in 2005 before London’s West End in 2010 and Broadway in 2012. Don’t expect a comprehensive biopic. This film follows the tragic twilight of Garland’s career. Rather than a star is born, it’s a star burns out, so get your hankies ready.

Set in 1968, Garland (Renée Zellweger) visits London for five weeks of sold-out concerts at the Talk of the Town nightclub. She hopes to raise money for a custody battle for her kids back in the U.S., but depression, alcoholism and substance abuse cause her to stagger around stage in a stupor. Can the legend bounce back for one final moment of glory before the lights go out for good?

Now, 16 years after her last Oscar nod, she comes roaring back with a nuanced performance as Judy — often charming, at times a diva, believably incoherent and ultimately sympathetic. You can still spot Zellweger’s signature squinty eyes, but by the time she belts “Come Rain or Come Shine,” you’ll forget that you’re watching her entirely. Sure, she doesn’t have the same iconic vibrato that invented “Have Yourself a Merry Little Christmas,” but she melts into the role.

Thus, she immediately enters the Oscar race for Best Actress. Having already won once, the Academy might look elsewhere, but she at least deserves a nomination. Her awards run will likely recall Michelle Williams as Marilyn Monroe in “My Week with Marilyn” (2011) or Natalie Portman as Jacqueline Kennedy in “Jackie” (2016), playing slivers of their characters’ lives rather than life spans.

This finite approach works wonders in some biopics, be it watching Abraham Lincoln pass the 13th Amendment in “Lincoln” (2012) or Martin Luther King Jr. pass the Voting Rights Act in “Selma” (2014). In the case of Judy Garland, however, one can’t help but yearn to see her entire life depicted like Ray Charles in “Ray” (2004) or Johnny Cash in “Walk the Line” (2005). By only examining her final months, there is so much rich material left out of the Judy Garland story.

It would have been amazing to see the audition process of “The Wizard of Oz,” her falling in love with director Vincente Minnelli on the set of “Meet Me in St. Louis,” her giving birth to Liza Minnelli and divorcing Vincente amid his closet homosexuality, and her big comeback in “A Star is Born” when TV cameras waited in the hospital room for her big Oscar acceptance speech, only to be upset by a rising Grace Kelly. What a scene this would have made in a biopic!

Instead, we get a few brief childhood flashbacks. We see MGM chief Louis B. Mayer tell her she can leave Hollywood for a normal life “like another drop of rain in the Pacific” or play Dorothy as his first pick over Shirley Temple. We see her munch hamburgers with Mickey Rooney to stage a girl-nextdoor myth instead of actual teen romance. And we see her forced to take pills at a young age, uppers to lose weight and downers to fall asleep, sparking a life of fatal addiction.

Several of these transitions are beautifully directed by Rupert Goold, particularly a slow-motion plunge into a Technicolor water tank. And yet, every time we flash back to her childhood, you’ll yearn to stay longer and lament the cuts back to adult life. Surely the figures of her past, from Gene Kelly to Orson Welles, would have been more interesting than her later-life hucksters, from fourth ex-husband Sidney Luft (Rufus Sewell) to her fifth fiancé Mickey Deans (Finn Wittrock).

Alas, this is not what the filmmakers set out to do, so we have to judge the film by its own parameters not by our own personal druthers. As it stands, the movie features lovely supporting roles by Darci Shaw as Young Judy, Jessie Buckley as her anxious press agent Rosalyn Wilder, Royce Pierreson as her patient pianist, and Michael Gambon as understandably frustrated club owner Bernard Delfont.

Still, the real show-stealers are Andy Nyman and John Dagleish as a gay couple who adorably stand at the stage door, escort Garland around town and invite her back to their apartment, nervously botching an omelet then breaking down in tears at a piano duet. Garland remains a favorite in the LGBT community, inspiring beyond the rainbow, but here it’s symbiotic. “It’s sweet that you come,” she says. “When I spy the two of you in the crowd, it feels like I have allies.”

These allies rally for a truly emotional finale, as Zellweger’s voice cracks singing “Over the Rainbow” and the crowd rises to help. I don’t know if this actually happened, but it’s a damn good end to a movie, guaranteeing a lump in the throat. If only the film took more chances. Maybe that film will come someday. Until then, we’ll have to muddle through somehow with Zellweger’s dazzling performance that’s destined for the red carpet, if not the Yellow Brick Road. 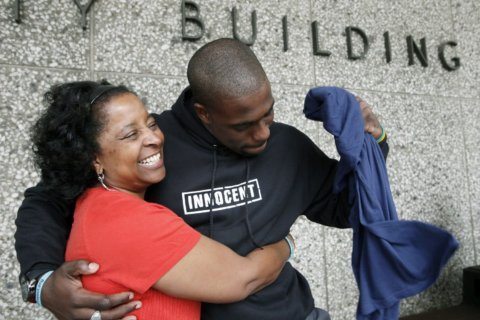