Sabra recalls some hummus due to salmonella risk

A limited number of tubs of Sabra hummus, some of which may be on sale in Virginia, is being recalled after salmonella was found during a routine screening.
Listen now to WTOP News WTOP.com | Alexa | Google Home | WTOP App | 103.5 FM

Tubs of Sabra hummus, some of which may have been sold in Virginia, are being recalled after salmonella was found during a routine screening.

The Food and Drug Administration said in a statement that the Sabra Dipping Company is recalling 10 oz. tubs of their classic hummus — specifically, ones with a best-before date of April 26 and a stamp that says they were made Feb. 10 between 6 p.m. and 11:49 p.m.

Virginia is one of 16 states the hummus was distributed in, along with Alabama, Arizona, Arkansas, California, Florida, Indiana, Mississippi, Maine, Missouri, Nebraska, North Carolina, New Jersey, Utah, Washington and Wisconsin.

The FDA says there have been no complaints of illnesses reported in relation to this hummus, no other Sabra products are affected by this recall, and that the “product is over halfway through its shelf life. It’s unlikely you’ll find this product on the shelf.”

If you have some of the suspect hummus, you should bring it back to the store where you got it or go to sabrahummusrecall.com for a refund. 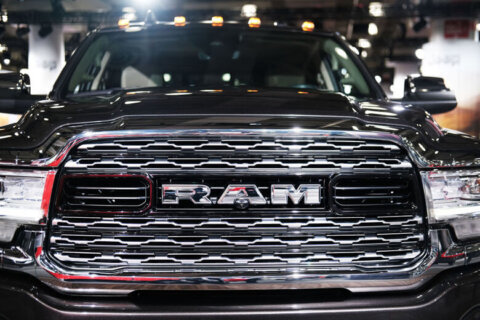