A statue honoring Jennie Dean has been unveiled at the Virginia elementary school bearing her name.

The 6-foot statue was unveiled in a socially distanced ceremony Saturday morning at Jennie Dean Elementary School in Manassas.

Dean was born Jane Serepta Dean, to Charles Dean and Annie Stewart Dean, who were both enslaved. She gained her freedom after the Civil War, attended schools in Fairfax County and the District of Columbia, and worked as a domestic to help her family buy a farm in Prince William County.

The Rev. Keith Savage, of First Baptist Church, said Blacks in Northern Virginia had been working together to instill education, even when it was not allowed.

“They met in what was known as ‘praise houses’ — they weren’t really houses; they met in darkened places of the plantation,” Savage said. “Though they were legally not able to be educated, they found in those praise houses not just the joy of the lord, but … they helped to educate themselves.”

Savage said those praise houses were “even here, in what was not even a town at the time, but a junction known as Manassas.”

As an adult, Dean raised money and organized Sunday schools, while attempting to raise support for a school that would help young Black students get jobs.

The Manassas Industrial School for Colored Youth received its charter in 1893, and was dedicated in 1894, with Frederick Douglass as the keynote speaker.

In addition to its liberal arts courses, the school offered training for jobs including blacksmithing, dressmaking, child care, cooking, carpentry, shoemaking and farming.

In 1938, after a Virginia Supreme Court decision, the school was operated regionally, as the only school for secondary education of African American students in Prince William, Fairfax, Loudoun, Arlington and Fauquier counties, through 1958.

In 1906, Dean and teachers from the school were invited to the White House to meet with President Theodore Roosevelt.

Dean died in 1913, The current school bearing her name is built next to where her groundbreaking school stood. 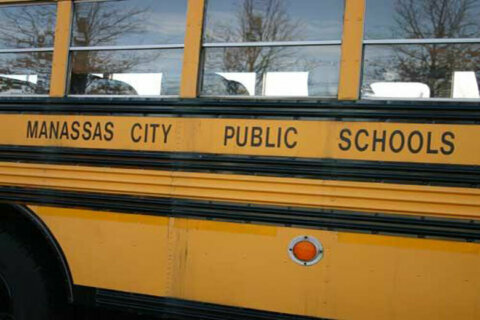