It was a frightening wake-up call for residents of the Prince William County, Virginia, neighborhood of Montclair, this past weekend, where gunshots was reported in the wee hours of the morning.
(1/3) 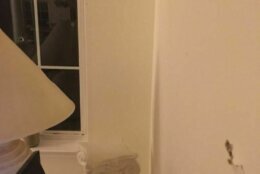 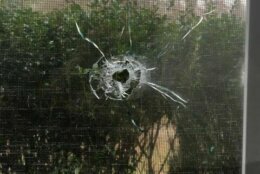 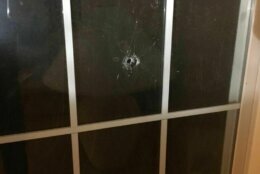 It was a frightening wake-up call for residents of the Prince William County, Virginia, neighborhood of Montclair, this past weekend, where gunshots were reported in the wee hours of the morning.

No one was hurt, but police are searching for the gunman who fired shots sometime between 2 a.m. and 2:52 a.m. on Saturday.

Police responded to the 4800 Block of Ebb Tide Court, after residents reported shots in the residential community which surrounds a man-made lake and a golf course.

“They put bullets into my house and several bullets into the house beside me,” said resident Mark Plows. “We never have had anything like this in that area, it’s a very quiet neighborhood, it’s a dead-end cul-de-sac.”

Prince William County police said a bullet crashed through a ground-floor window of one home, penetrating an interior wall. Another bullet entered a bedroom of a second home, smashing through a bedroom window.

Officers recovered at least one bullet and numerous shell casings outside.

“It’s got the neighbors really disturbed in the whole area,” Plows said about the town house neighborhood, ” … the lady beside me has children. The people on the end have children, and it’s a family-oriented area. So this is really unusual for this place; so there are a lot of people up in arms about this,” he said.

A witness reported seeing an individual wearing dark clothes and a hood running from the area. A police K-9 search did not find the suspect.