Police are looking for the suspects in an armed robbery that killed one man and wounded another at a Denny's in Manassas, Virginia, in the early morning hours Thursday.
Listen now to WTOP News WTOP.com | Alexa | Google Home | WTOP App | 103.5 FM

Police are looking for two suspects in an armed robbery early Thursday that killed one man and wounded another at a Denny’s in Manassas, Virginia.

One suspect brandished a handgun and another suspect had a baton. They told restaurant employees and customers to get on the floor, and they demanded their cellphones and wallets. The suspects also demanded money from the restaurant.

As the suspects were leaving the restaurant, they shot a 34-year-old man from Rixeyville, who police said was being cooperative and sitting on the ground.

The suspects then met another victim, Yusuf Ozgur, who was walking into the restaurant. The 56-year-old father of two was working as a delivery driver for DoorDash and came to the restaurant to pick up an order.

The suspects struck Ozgur in the head with a baton and shot him, before running off. Police said no money or property was taken from the restaurant.

“Everybody cooperated, no resistance. Nobody did anything but cooperate — they shoot two people,” Prince William County police Chief Barry Barnard said.

Barnard said there were some 20 people in the restaurant.

“You ought to be able to eat at a restaurant comfortably and safely, and not have people come and rob and then shoot people who are fully cooperating. It’s just a callous and heinous act,” Barnard said.

Officers arrived and provided the victims with first aid until medical personnel arrived.

Ozgur was taken to a hospital, where he later died. The other victim remains hospitalized with serious injuries, and he is expected to survive.

A DoorDash spokesperson said in a statement that the company is deeply saddened by Ozgur’s death: “Our thoughts are with his family, friends and loved ones, and we are reaching out to his family to offer our full support during this difficult time. We are in contact with law enforcement and cooperating with their investigation of this horrific crime.” 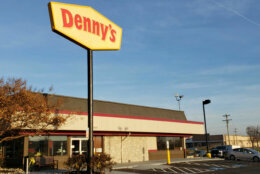 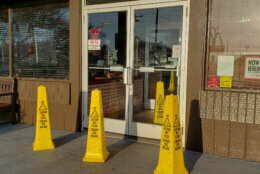 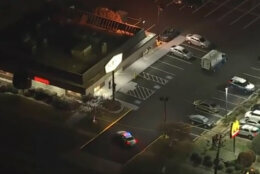 Police said that the two victims did not know each other, and they do not believe they were targeted by the suspects.

K-9 units searched for the suspects, but were unable to find them.

Police described the suspects as males in their late teens to early 20s, between 5-foot-10 and 6 feet, weighing around 180 pounds. They dressed head to toe in dark-colored clothing, and they had covered their faces.

Police have partnered with the FBI, and there is a $10,000 reward for any information about the case. They believe that three other armed robberies that happened in the area recently — at a Bowl America, Comfort Inn and a Walgreen’s — are linked to the suspects.

Below is the area where the armed robbery occurred.

WTOP’s Dick Uliano and Brandon Millman contributed to this story. 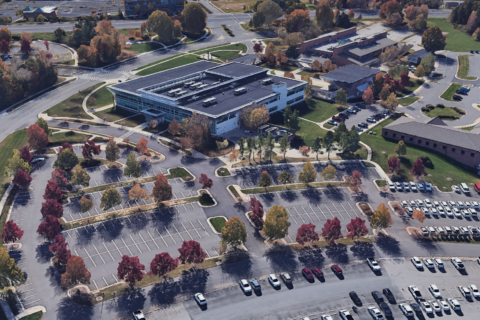 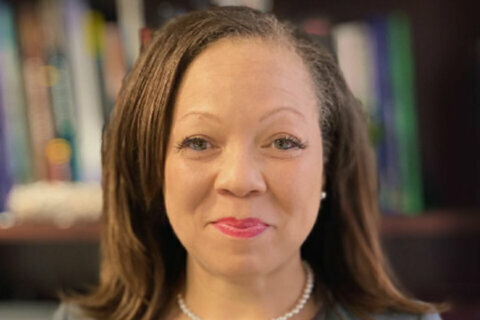