WASHINGTON — A man wanted in a murder in Virginia, who authorities say is in the country illegally, is in custody in Georgia.

Immigration and Customs Enforcement picked up Hector Amaya-Gamez, 28, at a gas station in Norcross, Georgia, on Sunday.

Prince William County issued a warrant for Amaya-Gamez’s arrest Friday in conjunction with the gang-related murder of Miguel Angel Ruiz Carrillo. Investigators found his body Aug. 22 near Nokesville Road and Fauquier Drive in Nokesville, Virginia, and determined Amaya-Gamez was directly involved in the murder, police said.

Amaya-Gamez, a Salvadoran national who police say is a member of the MS-13 gang, is being held by the Gwinnett County Sheriff’s Office in Georgia awaiting extradition to Virginia on first-degree murder charges. ICE has lodged a detainer on him and said in a release that if he’s convicted, he’ll be deported after serving his sentence.

ICE investigators don’t know when or where Amaya entered the United States. 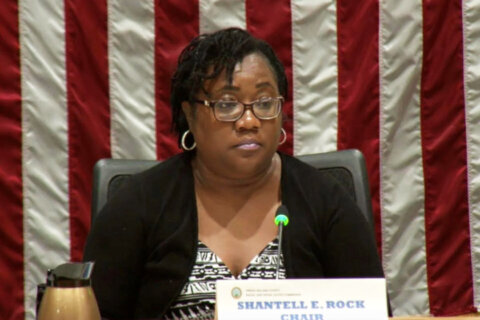