Prince William County Police arrested a man who identified himself as a police officer after pulling someone over in Manassas.
Listen now to WTOP News WTOP.com | Alexa | Google Home | WTOP App | 103.5 FM

Editor’s note: This story was updated at 5:10 p.m. after the Prince William County Police Department announced on Facebook that the suspect had turned himself in.

The department announced on Facebook that 21-year-old Alex Barmil from Alexandria, Virginia, turned himself in to police.

He was wanted after he identified himself as an off-duty police officer when he tried to pull over a driver making a left turn on Sudley Road and Williamson Boulveard in Manassas Monday morning.

When the driver Barmil pulled over asked for identification and the name of his supervisor, Barmil got back in his car and left the area, police said.

Police were not able to arrest Barmil.

Barmil was driving a blue, 2007 Ford Crown Victoria with red and blue flashing lights mounted in the grill and visor area.

In June, the county saw a similar incident when a 19-year-old driving a stolen Chevy Silverado with blue flashing lights impersonated a police officer and attempted to pull over a driver. The impersonator was arrested a few days after the incident. 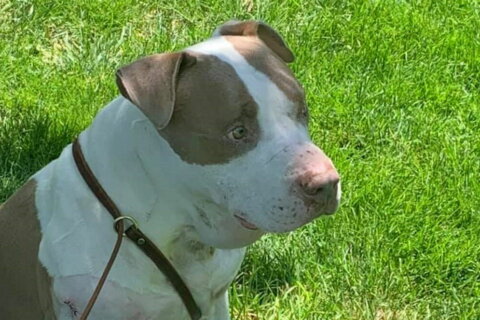