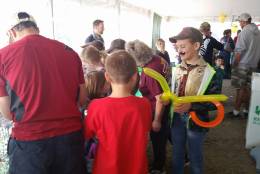 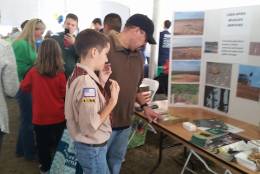 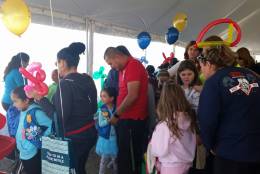 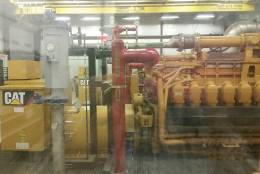 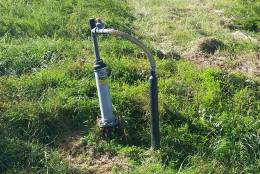 Meant to teach people about recycling, Prince William Recycles Day has been taking place for about 15 years. Deborah Campbell of Prince William County’s solid waste division said the event is tied to “America Recycles Day” on Nov. 15.  She said the county held its recycles day in October because the weather was better and more predictable.

“It’s just a fun event and a way for people to learn about the landfill and about recycling, most importantly,” Campbell said.

There were lots of family- and kid-friendly activities in addition to activities geared toward learning about recycling. Anastasia Morse described the event as “lots of fun.”

“There’s lots of giveaways, lots of fun stuff to do and the kids are learning a lot,” she said. She attended the event with her Girl Scout troop and with her daughter Aria Morse, who is a second-grader. They also attended last year. The best part?

“We actually got to take a tour up on the landfill,” Aria Morse said.

Anastasia Morse said she was impressed that trash was used to generate electricity at the landfill.

Sean McLaughlin attended with his wife, two kids and his father.

He attended the event last year and also was impressed that trash is used to generate electricity. McLaughlin said he learned last year that the methane gas given off by the decaying trash is captured and recycled into electricity, which is then sold to the local power grid.

Tom Smith with the county’s solid waste division said the conversion of methane gas into electricity is continuous.There are about 100 wells around the landfill that capture its methane, he said.

He said the county has a partnership with Fortistar, the company that owns and operates the renewable landfill gas to energy plant at the landfill. The energy generated is sold to the Northern Virginia Electric Cooperative or NOVEC and powers more than 4,355 homes, Fortistar said in a news release.