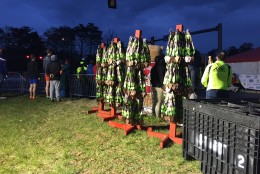 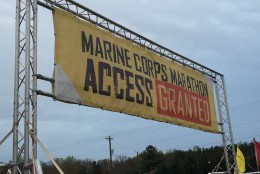 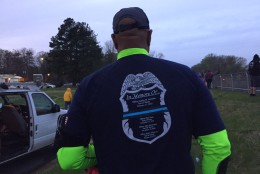 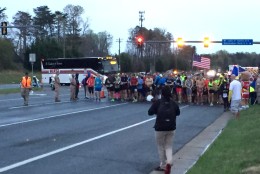 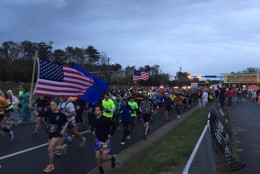 The Marine Corps 17.75k takes runners through a rugged 11.03-mile course through the Prince William Forest Park. Participants are guaranteed spots in the Marine Corps Marathon.

Of the nearly 2,200 participants, 150 were running to show their support to Guindon, who was fatally shot while responding to a domestic violence call in Woodbridge, Virginia in February.

“Just overwhelming,” said Mark Guindon, Ashley Guindon’s uncle, at the race grounds. “I’ve never been to an event such as this or the treatment that they had for her when she passed and her funeral.”

Several members of Guindon’s family also ran in the race and volunteered at this year’s event.

After the Guindon’s death, the Marine Corps Marathon organizers opened up several spots for the Prince William County Police Department.

“I’ve always wanted to run the 17.75, but I was never able to get in,” Asst. Police Chief Steve Thompson said. “But this has a special purpose. When Ashley was killed, several days after that, that’s all I did was run and think about what happened. It’s helped clear my mind.”

Thompson said Guindon gave her life serving the county and running the 17.75k is a great honor.