A man was found dead of multiple gunshot wounds inside a vehicle early Saturday morning in Suitland, Maryland, police report.

A release from Prince George’s County Police says that officers were called to the 4400 block of Rena Road at approximately 1:00 a.m. Saturday morning. At the scene, they found an adult male afflicted with several gunshot wounds.

The man, who has not yet been identified, was pronounced dead on the scene.

Detectives with PGPD are still working to determine any suspects or motive for Saturday morning’s shooting.

Prelim Info: At approx. 1:00 am, officers responded to this location for a shooting call. Once on scene, they located an unresponsive adult male inside a vehicle suffering from multiple gunshot wounds. He was pronounced dead on scene.

The fatal shooting was the second reported overnight in Prince George’s County. The first occurred at 10:45 p.m. Friday night in the 5000 block of Leah Court in Camp Springs, Maryland, less than three miles away, when police discovered a woman dead of several gunshot wounds outside of her home. Officers had found the woman in the course of a routine wellness check.

Both incidents are under investigation by PGPD. Police are asking anyone with information to call them at 1-866-411-TIPS. 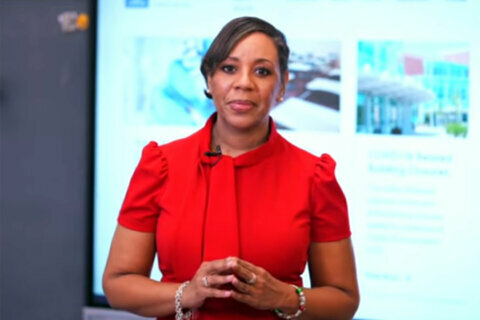