Pedestrian dead after being struck by van on I-495 in Prince George’s Co.

A Bowie, Maryland, man has died after being struck by a van in Prince George’s County in the very early hours of Saturday, police said.

Maryland State Police said around 12:15 a.m., a report came in of a pedestrian struck on southbound I-495 at the Baltimore-Washington Parkway in Greenbelt. When they arrived on scene, they found Jamarr Rahman Shareef, 39, dead at the scene.

The vehicle that hit him, a Nissan NV van, remained on the scene. Police said impaired or distracted driving were not factors in the crash.

Police are still investigating the circumstances surrounding the crash. 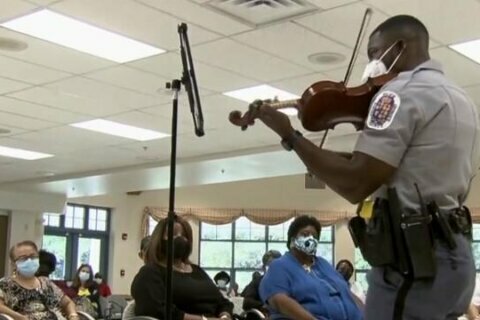