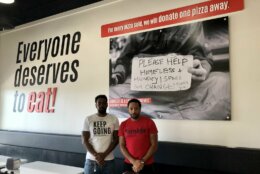 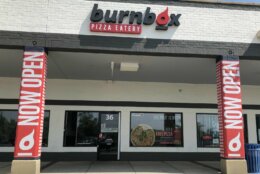 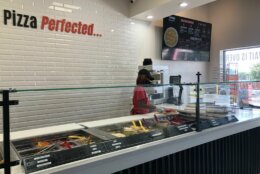 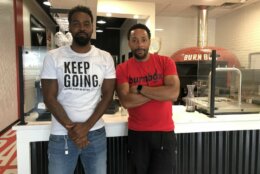 A new pizza restaurant in Prince George’s County, Maryland, is offering more than just a new place to get dinner.

The business is trying to give back in a big way.

When you walk into BurnBox Pizza, the phrase “everyone deserves to eat” is written in large letters taking up a main wall.

Ryan Whitfield, co-founder of the restaurant, said they have adopted those words as a mission.

For every pizza purchased at BurnBox, the restaurant is donating a pizza to someone in need.

The goal is to give away 10,000 pizzas to local people with food insecurity by Oct. 1.

They’re already 60% there and are grateful for the community support so far.

“With good luck and the community’s support, hopefully, we can reach that goal,” said co-owner Shawndell Pullam.

The restaurant is partnering with Feeding America, Prince George’s County Food Equity Council and the Maryland Food Bank to donate the pies.

“It shows you that there are people that care,” Pullam said. “We’re still working on that message, making sure that every customer that comes in here understands where their dollar is going to.”

After they reach 10,000 pizzas, they aim to up that goal to 1 million pizzas given away.

Next, they plan to franchise BurnBox and open one of the first drive-thru pizza restaurants in the area early next year.

“Going to these communities and going in with that message of saying ‘everybody deserves to eat’ first, is the most important thing,” Whitfield said.