“It was the deadliest county in traffic fatalities in the whole state of Maryland,” said John Townsend, spokesman for AAA Mid-Atlantic.

In 2020, 111 people died in traffic crashes in Prince George’s County: “That accounted for almost a third of all traffic deaths in the greater Washington area, 34.2%,” Townsend said.

The number was even higher for people walking on area roads.

“The county accounted for almost four in 10 pedestrian deaths in 2020, 38.7%,” said Townsend, citing recent data reported by the Metropolitan Washington Council of Governments.

The situation is not new for Prince George’s County. Since 2015, the county has had the highest number of traffic fatalities every year, according to data from the Fatality Analysis Reporting System.

“Prince George’s County is one of the largest counties in the region, and it has more vehicle miles traveled than any other county in the entirety of the Washington metro area,” Townsend said.

Vehicle Miles Traveled is a metric which measures the total number of miles driven by all drivers in a particular location.

With a large, spread-out county, such as Prince George’s County, people do a lot of driving there.

However, Townsend — speaking for AAA, which was created in 1902 to protect the rights and interests of drivers who pay dues — said change is needed in the county’s traffic safety culture.

The county has acknowledged its need to improve safety on its roads, establishing Vision Zero Prince George’s, with a mission statement aiming to have zero fatalities and serious injuries on its roadways by 2040. 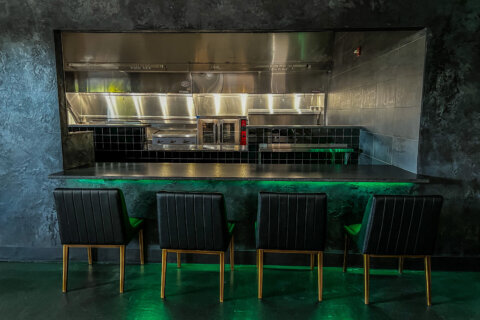