A violent brawl between a teacher and a student at Largo High School last week is a “horrific symptom” of other problems plaguing the school system, including overcrowded classrooms and a lack of mental health services for both students and teachers, said a Prince George’s County teachers union.

Vivian Noirie, of Clinton, Maryland, has been charged with physical child abuse and second-degree assault in what police have called an “extraordinarily violent” encounter that was partly captured on video, which was then uploaded online.

The 36-year-old Spanish teacher is accused of beating a 17-year-old girl after the student followed the teacher around the classroom, stepped on her foot and bumped into her with her shoulder.

After a hearing Monday, Noirie was released on bond.

Police have said they’re also seeking to charge the teen girl through the juvenile court system.

“Verbal and physical assaults on educators are too common,” Dudley said in the statement. “There is a sense that, as an educator, we should continue to keep taking abuse, threats and assaults from students, parents and administrators because we are the adults in the room.”

“Educators are human and need the same emotional and mental supports as students to ensure that situations are appropriately addressed,” Dudley said.

The statement also criticized what it called a “‘Jerry Springer’ culture” that “condones violence, publicizes it as a virtue and accepts it as a norm, must cease.”

In charging documents, Prince George’s County police said the teen told detectives she came to Noirie’s classroom about 10:15 a.m. Friday and approached the teacher about an email the teacher had sent to the student’s mother the night before about the teen’s behavior.

At first, Noirie refused to talk with the student without a third party present, because the student was being hostile, the teen told police.

The student told detectives she followed the teacher around the classroom “to force the (teacher) to talk with her,” police wrote in charging documents.

The student told police at one point she “accidentally” stepped on the teacher’s foot and ignored her teacher several times when she was told to sit down because she wanted answers.

The student told police she “pushed past” the teacher to leave the classroom and “bumped into her,” when the teacher became enraged and struck the student in the back of the head several times with her fist, kicked her and threw her to the ground, police said in charging documents.

School employees stepped in and separated the teacher and student.

But, once they were separated, the student grabbed the teacher from behind and repeatedly struck her, before once again being separated, police said.

Neither the teacher nor the student were seriously hurt.

Last week, police said about 30 students and eight administrators were being interviewed as witnesses in the case.

Part of the altercation was captured on cellphone video that was subsequently posted on social media. The teachers union said the posting of the video violated students’ privacy and is a violation of school policy. 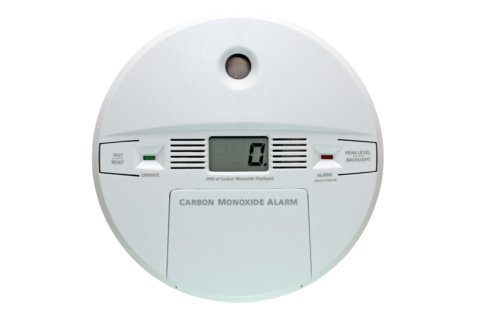