Plans to build what neighbors believed would be a massive Amazon warehouse in the Westphalia area of Upper Marlboro, Maryland, have been called off.
Listen now to WTOP News WTOP.com | Alexa | Google Home | WTOP App | 103.5 FM

Plans to build a massive Amazon warehouse in the Westphalia area of Upper Marlboro, Maryland, have been scrapped.

But Gov. Larry Hogan is hopeful that it can be built elsewhere in the state, a spokeswoman said.

“Governor Hogan is the biggest supporter of Amazon’s growth here, and our Department of Commerce has already reached out to offer assistance finding another site in Maryland,” Kata D. Hall said.

Prince George’s County Executive Angela Alsobrooks announced in a statement Friday afternoon that the company involved in the planned fulfillment center will no longer pursue the site along Maryland Route 4 at Melwood Road near the Capital Beltway.

“It is our intention to work with the company to identify more suitable locations in the county where they may be able to bring their products,” Alsobrooks said in the statement.

(The company behind the fulfillment center had not been publicly identified by the county or the developer because of a nondisclosure agreement.)

She was informed by the company of its decision earlier in the day, she said.

Amazon spokeswoman Rachael Lighty said in a statement that the company is “no longer exploring opportunities for growth in Prince George’s County,” and it appreciates the time and attention to the potential project that the town of Upper Marlboro, Prince George’s County and state officials have given to the preliminary process and introductory meetings.

Construction of the 4-million-square-foot warehouse at Westphalia Town Center was approved by a key planning board last month, despite strong opposition from many nearby residents who packed public hearings.

The plan for the warehouse and logistics center had drawn opposition from residents of the new and developing Westphalia Town Center area, who said they were concerned about a lack of retail space in the community and feared that the facility could damage home values.

“It’s kind of disturbing. … Everybody thought that they were getting retail. … There’s people who invested years before we did that are still waiting for just a grocery store … and now they’re going to have a big warehouse that they’re going to have to look at from their property,” said Westphalia resident Jerry Porter at a July meeting.

The developer said the fulfillment center would have employed 1,500 people.

Alsobrooks also said Friday, “To those who purchased homes at Westphalia and were promised certain things, I want you to know that my administration will work with the developer to help bring the retail, dining and other amenities you were promised.”

Briana Bostic, a Westphalia resident and organizer of residents who worked to stop the warehouse deal, said her reaction is one of “immediate relief.”

The Prince George’s County Council attempted to shortcut the zoning and public comment process, she said, which left residents feeling left out and disrespected.

“I’m so happy that there won’t be a 4-million-square-foot warehouse in my neighborhood, but it is absolutely imperative that people do not get distracted by this smaller victory — and I think it is small — because there’s still a political machine that is valuing developers over residential input,” Bostic said. “And that’s my long-term concern.”

In a statement later Friday, the County Council said it could not comment further on the development process “until the applications are formally withdrawn.”

But the council added, in part, “We share the optimism of County Executive Angela Alsobrooks that a future location will be found within Prince George’s County for this project.”

Amazon is building a second headquarters in nearby Northern Virginia.

WTOP’s Jack Moore and Teta Alim and The Associated Press contributed to this report. 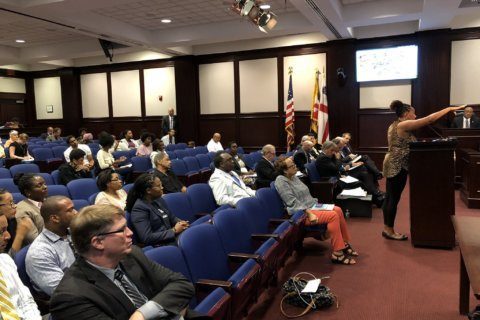 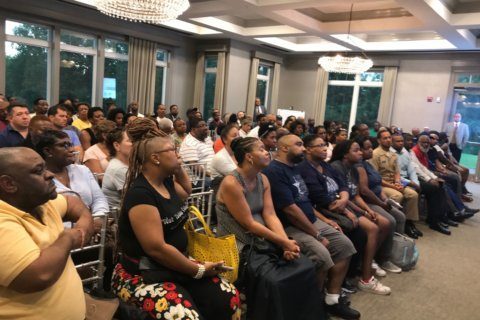