Police believe Paul Franklin Willis, 37, started the fire around 2 a.m. on Friday at On Our Own, a center in College Park, Maryland, that helps those dealing with behavioral health problems.

LAUREL, Md. — Prince George’s County police arrested a man for starting a fire at a mental health center in College Park and they say he was a member of the facility.

Police believe Paul Franklin Willis, 37, started the fire around 2 a.m. on Friday at On Our Own, a center that helps those dealing with behavioral health problems. No one was hurt, but the flames spread to businesses on both sides of the center, located at 10007 Rhode Island Ave.

It didn’t take firefighters long to extinguish the fire, but the blaze caused about $250,000 in damage.

Matthew Ratz, the center’s Executive Director, said he didn’t find out about the fire until Friday morning. “I had to figure out what my day was going to look like with that news,” he said.

“He had no fixed address, he was receiving his mail at the center,” Ratz said. “I believe he was a couch surfer, is what we call it,” Ratz said.

Ratz said Willis had been attending events at On Our Own fairly often since the summer.

Ratz said Willis and another client got into a fight on Thursday. “Their hands were on each other, and they need to be physically separated from each other,” he said.

The altercation ended with a call to 911.

“I was under the impression that Paul was at Washington Adventist Hospital because that’s where he was transported Thursday evening,” Ratz said. “Someone at the hospital deemed him not a danger to self or others, and at 2 o’clock in the morning, from what I understand, that’s when the arson began.”

As for what will happen to the center, that’s a question without an answer at this point.

“The biggest challenge is figuring out exactly what we’re going to do now,” Ratz said. “Obviously we need to go through the insurance process; we need to find out what were the damages to the property; Is anything in there salvageable? Which, based on what I saw, the answer is ‘no,’” Ratz said.

See the location of the mental health center below: 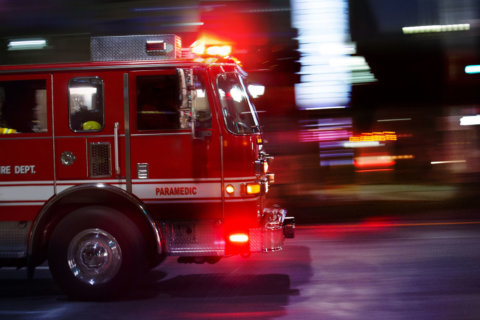 Person charged in College Park arson that caused $250,000 in damage