When a team of officers burst into a District Heights apartment around 10 p.m. to serve the warrant, they didn’t find the suspected drug dealer they had been trying to arrest.

Instead, they found a father and his daughter.

“We believed that we were serving a search warrant at that [suspected dealer’s] address.The investigation had led us to the wrong address. It led us to the address of a responsible hard-working citizen.”

Amid their entrance, the chief said, the father armed himself and fired one shotgun blast, wounding two officers. An officer fired one shot in return, but “it did not take effect.” The officer who discharged his weapon has been identified in a news release as Cpl. Daniel Siculietano. No one was struck by his weapon, and he has been placed on administrative leave pending the outcome of an investigation, which is standard procedure.

Realizing they were police, Stawinski said, the father then dropped his weapon and told them not to shoot his daughter, whom he had told to go to the back of the apartment.

One officer has been treated and released, Stawinski said Thursday. The other required surgery on his arm.

The father, Stawinski said, was taken into custody and questioned, along with his daughter.

The father will not be charged with a crime.

As a result, he said, the department will impose a moratorium on serving warrants until they’re certain each has been thoroughly vetted. Stawinski expects that moratorium to last roughly 24–48 hours and impact a “handful” of warrants.

Stawinski wouldn’t rule out disciplinary action or structural changes in the department.

“I’m not going to put another father like myself in that position,” Stawinski said. “I refuse to.”

During a news conference early Thursday morning following the incident, police media relations director Jennifer Donelan told reporters, “The relief that we are feeling right now is really hard to put into words.” 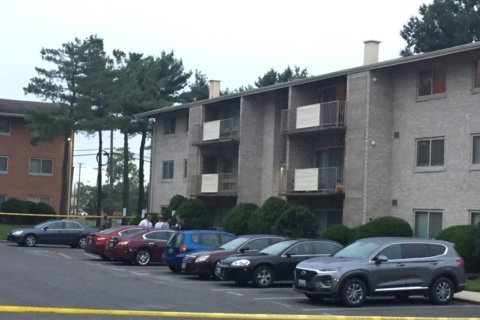