Police in Prince George's County have released photos of a Gucci belt and a watch that were stolen from a D.C. teen after he was shot to death in a Bladensburg, Maryland, park last month.
(1/4) 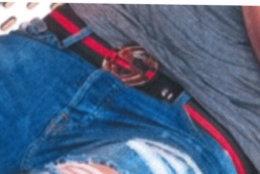 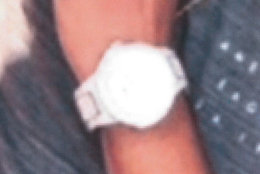 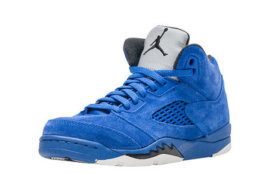 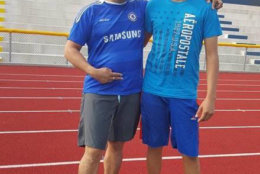 WASHINGTON — Police in Prince George’s County have released photos of a Gucci belt and a watch that were stolen from a D.C. teen after he was gunned down in a Bladensburg, Maryland, park last month.

Police also released photos of the distinctive blue sneakers that the suspect in the shooting was seen wearing.

Police said the photos are “critical” to their investigation into the still-unsolved shooting death of 17-year-old Bryan Alvarado-Esquivel.

The teen was at Varnum Park in Bladensburg with friends shortly before 2 p.m. on June 18 when he was fatally shot and robbed of his belt and watch.

“We are pleading for the public’s help to try to bring this … to a close,” he said.

During the news conference, the teen’s father spoke briefly about his loss.

“I lost my son. I miss my son … I need help to find the guys who killed my son,” Jose Alvarado said.

Police said a suspect in the shooting was seen running from the area wearing what appeared to be blue-suede Air Jordan sneakers. Police described the suspect as an approximately 20-year-old African-American man, about 5 feet 2, inches tall with shoulder-length dreadlocks or braids. He was wearing light-blue jeans and a black tank top at the time, police said.

There is a reward of up to $25,000 being offered for information leading to an arrest, police said.

Anyone with information is asked to call the Prince George’s County homicide unit at 301-772-4925. Callers wishing to remain anonymous may call Crime Solvers at 1-866-411-TIPS (8477) or submit a tip online at www.pgcrimesolvers.com/. 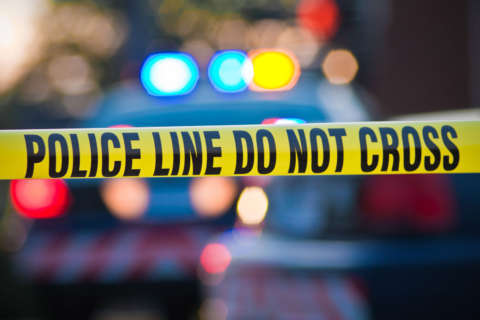