About a year after a Laurel Department of Public Works employee was killed while on the job, the Prince George's County State’s Attorney Office will not be filing charges against the driver who struck and killed him, city officials said in a statement Tuesday.
Listen now to WTOP News WTOP.com | Alexa | Google Home | WTOP App | 103.5 FM

WASHINGTON — About a year after a Laurel Department of Public Works employee was killed while on the job, the Prince George’s County State’s Attorney Office will not be filing charges against the driver who struck and killed him, city officials said in a statement Tuesday.

The employee, 30-year-old Marcus Colbert, died at the scene in the area of Old Sandy Spring Road and Casula Way on Jan. 23, 2017. The driver of an SUV hit a parked car and then hit Colbert, who was working behind a city trash truck.

Laurel police received a letter last month from the state’s attorney’s office declining to prosecute the case, stating that there was insufficient evidence to support any violations to state transportation or criminal laws.

The Laurel police chief and Colbert’s family and their attorney met with prosecutors on Feb. 21 about the decision. City officials then announced the state’s attorney’s decision this week.

“Marcus was a fine young man,” Laurel Mayor Craig A. Moe said in a statement Tuesday. “I’m not happy about there being no charges. We’ll make sure his family is taken care of down the line.”

Colbert is the City of Laurel’s first on-the-job fatality. City officials described Colbert as a “lifelong Laurel resident” who has worked in the Department of Public Works since 2005. His father and a cousin also work for the same department.

No charges will be filed in the death of a Laurel DPW worker who was hit and killed by an SUV driver while on the job.https://t.co/xqMftWSMUD pic.twitter.com/C61pUT3dWt 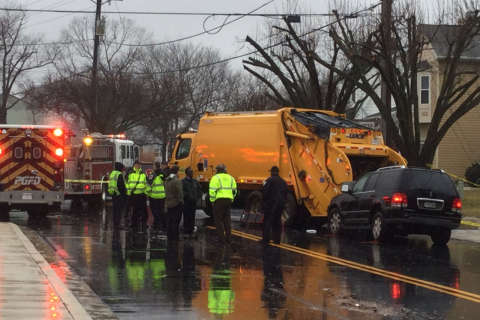