An 84-year-old woman died after being trapped by a fire in a District Heights, Maryland, townhouse on Sunday night.
(1/3) 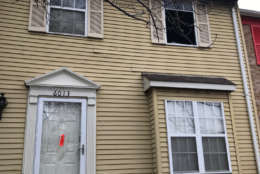 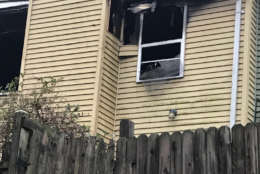 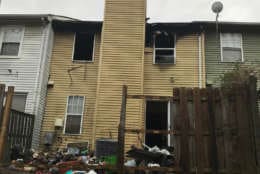 WASHINGTON — An 84-year-old woman died after being trapped by a fire in a District Heights, Maryland, townhouse on Sunday night.

Doris Miller, of District Heights, died shortly after being taken out of the burning house and taken to a hospital.

“It’s very sad,” said Justin Darius, a neighbor of Miller. Darius said Miller was a “quiet lady” who “always said hi to everybody.”

Firefighters received a call at around 11:30 p.m. for a fire on 6000 block of North Hil Mar Circle, a spokesperson for the Prince George’s County Fire Department said.

The 911 caller had told dispatchers that someone was trapped in the house. When firefighters arrived, fire was visible from the rear of the house.

Miller was found on the second floor of the house and taken to the hospital with severe burns all over her body. She died from her wounds shortly after she arrived to the hospital.

Her daughter and her son-in-law who were also in the house managed to get out safely. No one else was injured in the fire.

Her neighbor, Silas Jordan, said he is shocked that Miller died in the fire.

“I really am,” he said. “I didn’t have any idea just she and her daughter lived together. Just as nice as they could be.”

The Prince George’s Fire Department is still investigating the cause of the fire. There were no working smoke alarms in the house, according to the fire department. The damage is estimated at $80,000.