2 dead in 2 crashes in same area of Branch Ave. less than day apart

A pedestrian died Thursday night after she was struck by an SUV on Branch Avenue in Temple Hills. On Wednesday, a driver died after a two-vehicle accident.
Listen now to WTOP News WTOP.com | Alexa | Google Home | WTOP App | 103.5 FM

WASHINGTON — Two people — a pedestrian and a driver — died along the same busy stretch of Branch Avenue in Temple Hills, Maryland, within a 24-hour period this week.

Both crashes happened near the interchange for St. Barnabas Road.

The most recent crash occurred around 6 p.m. Thursday north of St. Barnabas Road, along a stretch that’s flanked by a shopping center on one side and a large church and apartment buildings on the other.

Prince George’s County police said a woman was trying to cross the road when she was struck by an SUV traveling in the southbound lanes. She was not in a crosswalk, and police said she was pronounced dead at the scene. The driver of the striking vehicle remained on scene.

The crash happened in an area illuminated by streetlights along the road, though some are not lit. Nearby parking lots are lit. The closest crosswalk is a few hundred feet to the north, where Branch Avenue meets Silver Hill Road.

The first crash was a two-vehicle wreck around 8 p.m. Wednesday. Police said 52-year-old Shawn Sims, of Temple Hills, was driving across Branch Avenue just south of St. Barnabas Road when he was struck by a woman driving northbound. Both were taken to the hospital, where Sims later died.

Below is a map of the area where the crashes occurred. 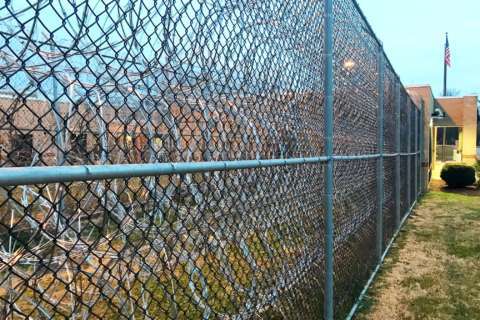